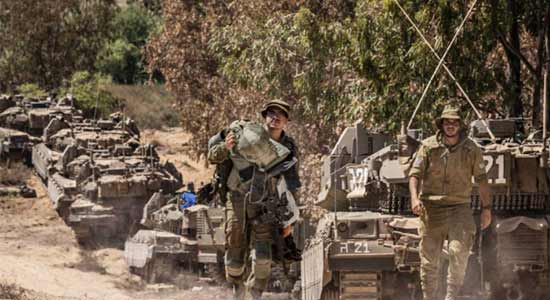 Israel and Hamas have announced a ceasefire after 11 days of fighting in which 232 Palestinians in Gaza and 12 people in Israel have been killed.

Israel’s security cabinet on Thursday said it voted unanimously in favour of a “mutual and unconditional” Gaza truce proposed by mediator Egypt, but added that the hour of implementation had yet to be agreed upon.

Hamas, the group which rules Gaza, and the Palestinian Islamic Jihad (PIJ) armed group confirmed the “mutual and unconditional” ceasefire in a statement and said it would start at 2am on Friday (23:00 GMT Thursday).

The development came amid growing global alarm about the bloodshed, with US President Joe Biden urging Israeli Prime Minister Benjamin Netanyahu to seek de-escalation, and mediation bids by Egypt, Qatar and the United Nations.

The truce would bring to an end some of the fiercest fighting since 2014, which has caused widespread destruction in Gaza and halted much of daily life in Israel.

Ali Barakeh, a member of Hamas’s Arab and Islamic relations bureau, told The Associated Press news agency that the declaration was a defeat for Netanyahu and “a victory to the Palestinian people”.
Earlier on Thursday, Israel had resumed its bombardment of the besieged Gaza Strip, and Hamas and allied PIJ had resumed rocket attacks after an eight-hour pause.

Health officials in Gaza said 232 Palestinians, including 65 children and 39 women, were killed and more than 1,900 wounded since the violence erupted on May 10. Israel has said it has killed at least 160 combatants in Gaza, without providing evidence. Hamas and PIJ said at least 20 of their fighters have been killed.

Authorities put the death toll in Israel at 12, with hundreds of people treated for injuries in rocket attacks that have caused panic and sent people rushing into shelters.

The violence was triggered by an Israeli police crackdown on protesters at the Al-Aqsa Mosque compound in occupied East Jerusalem on May 10, following weeks of tensions in the city caused by the planned forced expulsion of several Palestinian families from their homes in the Sheikh Jarrah neighbourhood.

After Israel missed a Hamas deadline to withdraw its forces from the holy site, which is sacred to Muslims and Jews, the Palestinian group fired several rockets towards Jerusalem for the first time in years. Shortly afterwards, Israel launched air raids on Hamas targets in Gaza.