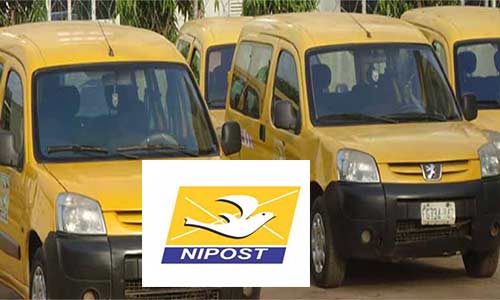 The Courier and Logistics Regulatory Department (CLRD) of the Nigerian Postal Service (NIPOST), last week, clamped down on eight courier operators in Lagos who were operating illegally without a courier operating licence.

The enforcement team, comprising of the police and staff of CLRD, led by its Assistant General Manager in charge of Ethics, Complaints and Strategy, Mr. Banks Worimegbe, carried out an undercover investigation on illegal courier operations in Lagos for several weeks, before the clampdown.

Items such as dispatch motor-bikes, log books, invoice/receipt booklets were confiscated from each of the eight courier operators and a management staff arrested.

Addressing the media shortly after the exercise, the General Manager at CLRD, Mr. Gideon Dotun Shonde, said the eight courier operators were clamped down for operating without a courier operating licence, which he said, constitutes illegality.

According to him, there were several implications of operating without a licence, such as the tendency to shortchange innocent customers, by receiving payments and parcels from customers for deliveries, without actually delivering the items, because they have no registered addresses through which they could be traced and tracked, as well as defrauding the federal government of their licensing fees, among others.

He advised the general public to desist from patronising unlicensed courier operators for the safety of their deliverables.

He said CLRD had licensed over 260 courier operators, and advised Nigerians to identify them in order to transact genuine courier business with them.

Although some of those affected were full of surprise and claimed ignorance of the existing federal law that mandates courier operators to obtain licence before operation, Shonde said the CLRD had over the years, sensitised the courier industry on the need to obtain an operational licence, but that some of the operators deliberately refused to begin the process of obtaining licence, because they had the intension to cut corners and defraud the federal federal government and innocent customers.

“Sensitisation has been on going and in January this year, we kicked off another round of enlightenment campaign to inform courier industry players on the need to obtain licence and to renew such licence after expiration.

“I have been on national radio and television to discuss the implications of operating courier business without licence and we will not relent in our efforts of sensitising the courier industry until it is free from all manners of sharp practices and irregularities,” Shonde said.