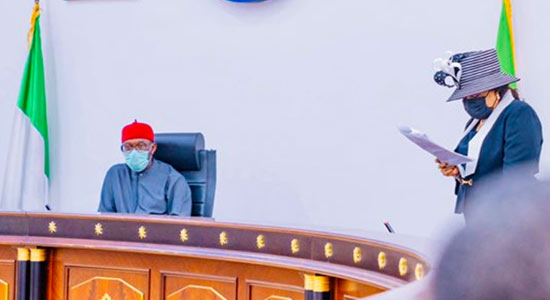 The Acting Chief judge of Delta State, Justice Theresa Diai, has been sworn in by Governor Ifeanyi Arthur Okowa.

Administering oath of office and allegiance on Monday, the governor urged the acting CJ to build on the remarkable legacies of her predecessor Justice Marshal Umukoro who retired recently.

The governor eulogised the former Chief judge for his unblemished service to the state.