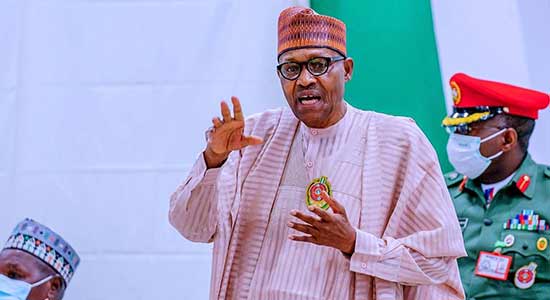 President Muhammadu Buhari has given a matching order to security operatives to immediately end the current wanton burning of police facilities and killing of police officers by unknown gunmen in the South South and South Eastern zones of the country.

Deputy Inspector General of Police (DIG) in-charge of South East and South South, Moses Jitoboh, who delivered the order while addressing security stakeholders at the Akwa Ibom State Police Command headquarters, Ikot Akpanabia, Uyo, yesterday, explained that the president has been worried by the frequency of the incidents in recent days, as such every necessary step should be taken to stop it.

DIG Jitoboh said, the move known as ‘Operation Restore Peace’, was hinged on the premise that, never again will any policeman be killed unjustly and police formations attacked and destroyed.

The IGP mandated him as the most senior officer in the South South to be the theater commander of a new operation called, “Operation Restore Peace”.

He said that he has visited Ikot Akpan, in Essien Udim local government council of the state, which is the hotbed of attacks on police formation, explaining that the internal security of the state would be reorganised and reinforced to function better even as the community policing would be well coordinated for effectiveness.

“The President and Commander in Chief of the Armed Forces, President Muhammadu Buhari, has instructed and formed a special squad for the South South and South East, which is being coordinated by the IG himself.

The IG has directed me as the most senior officer from the South South to be the theatre commander of what we call, Operation Restore Peace. We have to restore peace that is almost broken; we have to bring peace together and the way we are going to do it, Nigeria and the world would be grateful.”