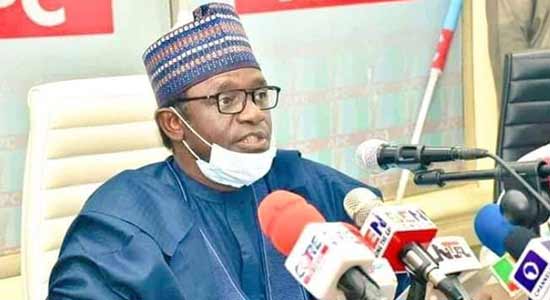 The extraordinary caretaker committee of the All Progressives Congress (APC) is yet to announce dates for the national convention of the party because some members of the committee are allegedly planning to succeed themselves as national executive committee members, According to Thisday report.

A Special National Executive Committee (NEC) of the APC in June 2020 appointed a former National Secretary of the party, Governor Mai Mala Buni of Yobe State, as Chairman with a six months mandate to organise an election that would elect a new National Working Committee (NWC).

But after 12 months, no date has been announced for the election of the executive committee members, even after the six months mandate was extended in December 2020.

THISDAY also gathered that the Buni-led caretaker committee had begun to plan another meeting of NEC to seek an elongation of the tenure of the committee.

A member of the committee that spoke to THISDAY in confidence said there was a plot for the Buni committee to seek an elongation or an outright self-perpetuation of members in office. The argument, the source said, was that an election from ward to states and eventually, national convention in the party would further divide the party at a time when it should be consolidating in the states

It was against this backdrop that some committee members, albeit with the consent Buni were considering presenting to the NEC that he should rather resign as governor and continue at the national convention, where he would be affirmed as the substantive national chairman of the party.

The source hinted that Buni did not spend up to four days a week in the state as he stays in Abuja most of the time..

Although this has not been tabled before the NEC, members of the party, who should know were already protesting against the idea of members self-perpetuating themselves under any guise. Some of the members that did not want be quoted said they had concluded plans to seek legal action against any plans by the committee members to self-perpetuate in office

Another member told THISDAY that the Buni committee had already overstayed its welcome.

According to the source, “We were appointed to right the wrongs of Adams Oshiomhole, but this idea of not announcing the dates for the wards, local government, states and national convention.

Anything outside announcing the dates of the national convention and other dates for the states congresses is outside our mandate. If by the next month, there is no date announced for the elections, I will speak out and also resign. What is happening is not our mandate.

“We were appointed in June 2020 and our mandate was renewed in December to end in June. Any further plan to seek extension or perpetuate us in office, count me out.”