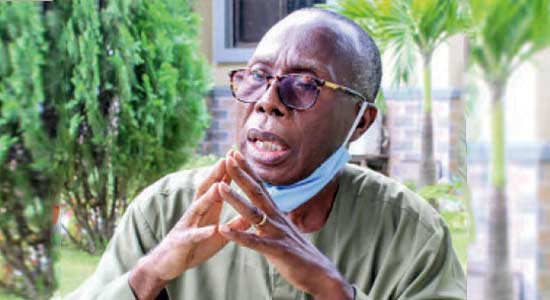 The Arewa Consultative Forum (ACF) has advised northerners against travelling to the South-East due to the insecurity in the region.

In a statement signed by its National Chairman, Audu Ogbe, the group warned northerners to cancel any trip to the Southeast region unless necessary.

The group, however, said if there’s a reason why they should travel, the travellers should take every necessary precaution, including linking up with the security agencies at the place/places to be visited.

It condemned the killing of Ahmed Gulak, a former aide to Nigeria’s ex-President Goodluck Jonathan, who was intercepted and shot dead on his way to Sam Mbakwe Airport in Imo State.

The former Presidential aide and Adamawa politician, who in 2019 served as the chairman of the All Progressives Congress committee that conducted the governorship primaries in Imo, was ambushed by six gunmen.

The ACF attributed Gulak’s death to the uprising in the South-East allegedly caused by the Eastern Security Network (ESN), a security outfit of the Indigenous People of Biafra (IPOB).

The statement read, “The ACF has noticed of late with increasing concern the attacks on/killing of Northerners resident and/or visiting the South, particularly the South-East.

“It was so bad at a point in February this year that the northern traders who normally supply the food needs of the South, the Amalgamated Union Food and Cattle Distributors of Nigeria (AUFCDN), embarked on strike action to make the point that their lives also mattered. The ACF was among those who put pressure, on, and ultimately convinced, the AUFCDN to call off the strike. The ACF did that in the spirit of ONE NIGERIA.

”Yesterday, Sunday 30th May, 2021, one of the leaders in the North was brutally murdered on the streets of Owerri, Imo state by gunmen, most likely of IPOB and Eastern Security Network (ESN), who have been waging a public campaign of killings and other forms of brutalities, to realise their dream country of Biafra.

“The Arewa Consultative Forum (ACF) hereby issues a very strong advisory to all northerners who may wish to travel to the South East, to weigh the importance and necessity of such travels. Unless such trips are absolutely necessary and of compelling nature, like matters of life & death, they should not be made.

“And where the trip must be undertaken, the traveller should take every security precaution in his or her movements while there, including linking with the security agencies at the place/places to be visited.

“The need to issue this travel advisory has become necessary against the backdrop of history, wherein events such the killings of northern leaders in 1966 triggered the events that led to a civil war that cost the country thousands of lives, and untold suffering to millions of innocent people. To be forewarned is to be forearmed, and a stitch in time saves nine!

“The Arewa Consultative Forum (ACF) also wishes to call, with the strongest voice, on the security agencies to do everything possible to apprehend those who assassinated Alh. (Barr) Ahmed Gulak in cold blood and bring them to justice.

”The lives of northerners, and indeed of all Nigerians matter, and the ACF cannot keep mute when our people, and indeed all Nigerian, are murdered in cold blood by misguided and atrocious people.

“Unfortunately in the midst of all this serious national crisis, it would appear that the entire narrative from the South-East has been taken over by IPOB and so-called unknown gunmen to the exclusion of established leaders. This is worrisome.”