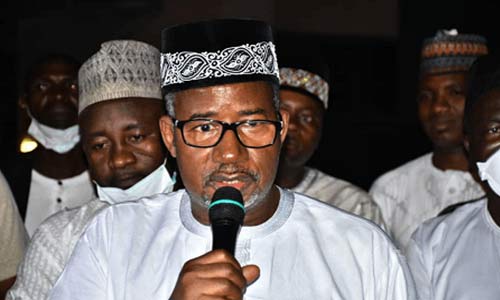 Bauchi State Governor Bala Mohammed has said that Nigeria needs a workable and acceptable constitution that will serve the interest of the people by allowing for true federalism where Nigerian states are autonomous entities with the power to run their affairs.

Governor Mohammed stated this on Tuesday at the opening ceremony of the North-East Zonal public hearing of the Federal House of Representatives Committee on the review of the 1999 constitution, held at the Hazibal event Center in Bauchi.

According to the governor, the participatory approach by the National Assemblies in the amendment of the constitution is expected to produce a people’s constitution that will address the social-economic problems in country, adding that Nigeria must have a clear break from the command structure of the military government which concentrated enormous power in the center as manifested in the 1999 constitution.

“The constituents units of the Nigeria federation represented by the current 36 states, the FCT and 774 local government areas are near to the people that must be given enough powers with resources in order to positively impact the lives of the people at the grassroots.

“The position of Bauchi state on the review of the 1999 constitution has been well articulated in a document that will be presented to the committee. Since power is concentrated at the centre to the detriment of states and local governments, the constitution should therefore be altered to give more power to the two tiers with a review of the revenue formula, so as to make more funds available to states and local governments to discharge their duties effectively.

“We are greatly concerned that smaller states than Bauchi state, have more local government areas and Representatives in the federal House of Representatives and get more funds than Bauchi from the federation account. In order to address this unfair and unjust arrangement, we as a state request that Katagum state should be created out of Bauchi state and additional local government areas so that we can be at pat with other states in the country,” he said.

Earlier in his address, the House of Representatives Committee Chairman for review of 1999 constitution, Dr Aminu Suleiman, said that the committee will do justice to all submissions and inputs from the public hearing, adding that even though the alteration of the constitution is tasking, the constitution will be amended to reflect the yearnings and aspirations of the people.

He said that the committee has received no fewer than 30 proposed alterations for consideration, calling on the participants to share their wealth of experience during the public hearing that determines the final outcome of the Constitutional amendment.