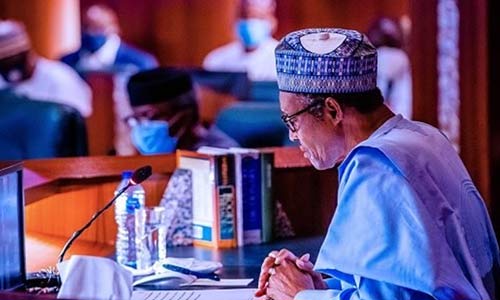 The Federal Executive Council (FEC) at its weekly meeting on Wednesday approved the establishment of an oxygen production plant in each of the 36 states of the federation and the Federal Capital Territory (FCT) at a cost of N5.6 billion.

This is just as the federal government also approved N9.2 billion as premium for life insurance scheme for federal civil servants and military personnel while also giving the go-ahead for the use of revised national policy on climate change in the country.

Briefing newsmen at the end of the FEC meeting presided over by President Muhammadu at the First Lady’s Conference Room, Presidential Villa, Abuja, Minister of Information and Culture, Alhaji Lai Mohammed, who stood in for the Minister of Health, Dr Osagie Ehanire, said the approval was to cushion the effect of COVID-19 pandemic, which has made oxygen a very critical commodity.

He said: “The Minister of Health presented a memo, which was approved, for the emergency supply, installation and maintenance of oxygen production plants and construction of plant houses in each of the 36 States of the federation and Abuja.

Also briefing on behalf of the Head of Service of the Federation, Information Minister said FEC approved N9.2 billion as premium for insurance companies that will manage the group life insurance for federal civil servants across the country.

“On behalf of the Head of Civil Service of the Federation, I will like to report that council today approved the award of contract for the appointment of insurance companies for group life assurance for federal government employees, public servants para military and the intelligence community for the year 2021-2022 in the sum of N9, 248. 995, 907 and this premium is for a period of 12 months.

“This is part of the government’s welfare programme for our public employees so that in case of death, they are assured that there would be compensation.”

FEC, Mohammed further said, approved N18.1 billion for the development of infrastructure at Kano and Calabar Free Trade Zones, as well as the Textile and Garment Park in Lagos and the Special Economic Zone, Lekki–Lagos.

He said the approval was of critical importance to the infrastructure development plan of the country.

Also speaking on behalf of the Minister of Aviation, the Minister said an approval of N1. 1 billion was given by the council for the procurement of aviation security uniforms and accessories for use in various airports across the country.

His words: “Minister of Aviation got an approval for the award of contract for direct procurement for the design, manufacture and supply of aviation security uniforms and accessories.

“The sum total is N1, 127, 945. The unique thing about uniforms for the aviation industry is that it has some International Civil Aviation Organisation (ICAO) standards that would be followed.”
On the memo approved for the Ministry of Niger Delta Affairs, Mohammed said the sum of N864.7 million was approved as variation for two road contracts which were abandoned by previous administrations.

On her part, Minister of Finance, Budget and National Planning, Zainab Ahmed, said she briefed council on the latest National Bureau of Statistics (NBS) report on the 0.5 percent growth of the nation’s GDP and presented the first quarter of 2021 GDP results and other performance indicators of Nigeria.

The NBS had last month released its first quarter result, which estimates and report show that Nigerian GDP has grown to 0.51% year-on-year in real terms in the First Quarter of 2021.

According to her “This first quarter performance marks the second consecutive quarter of positive real GDP growth following two previous consecutive quarters of negative growth in 2020, in Q3, and Q4, which saw our country going into recession, but you’ll recall that we very quickly exited recession in the fourth quarter of 2020.

“The improved economic condition that has been reported is indicated by the fact that 23 out of 46 activities recorded positive growth in the first quarter of 2021, compared to 17 in the previous quarter.”

Also speaking, Minister of Environment, Mahammad Mahmud, said FEC approved the revised National Policy on Climate Change stressing that “the last one was in 2012 and it became necessary for us to revise based on what has been happening in the last three years since 2012 particularly with the various agreements”.

He stated that:“We all know climate change is our topic of today, it has serious implications on economy, livelihoods. The environment in general and economic change affect every body but we have realized that it affects women even more and on this, we also know that we have national polIcy on gender and climate change as approved.

“This revised one has also put into consideration the national policy on gender and climate change to include women in almost every aspect of climate projects executions. We all know that recently, a lot of flooding has been happening and is as a result of climate change, insecurity is relatable with climate change.

“This climate change policy has repositioned Nigerians to begin to upgrade all that we have achieved so that we can present during the meeting.

“It’s implementation strategy is to be all encompassing. We have met with several MDAs, agencies and civil society organisations and even the media because this is something that requires all hands to be on deck as we are all potential polluters of environment causing climate change.

“Eventually and ultimately the objective is to help Nigeria that is climate resilient and also gender sensitive in the future and that is the vision of this policy because the world is moving towards carbon neutrality.

“It is assumed that by the year 2015, we should have carbon neutrality. Today, now is the time to get prepared for that so that is what the policy is all about to drive towards a Nigeria that is sustainable environmentally.”