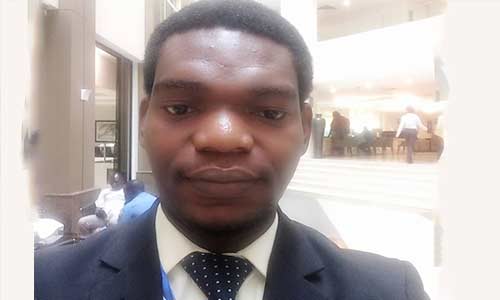 Gov. Rotimi Akeredolu, SAN would appear to have warmed himself into the hearts of many a Nigerian, especially those of southern Nigerian extraction. His recent shot into national political limelight stems from his unwavering radical stance on issues of insecurity pervading the country, even when his views would appear to pitch him against ‘the Presidency.’

Akeredolu SAN’s brother Governors must have identified his sterling quality of musterring gutts for dissents -not giving a hoot whose ox is gored- when they annointed him to do the hatchet job at Asaba. Chief Akeredolu, it would appear, was a deliberate choice by the Southern Governors to lead them in belling the cat, as it was crystal clear that most of the issues forming the crux of the Asaba declaration were matters that would ruffle feathers in Aso rock.

So far, Akeredolu has not disappointed, his brother Southern Governors and the people of Southern Nigeria appear to be happy with him. This however does not translate to a state of Uhuru when his performance as the Chief Executive of Ondo is to be assessed.

While Aketi (Chief Akeredolu’s political baptismal name) would appear to be demonstrating leadeship as earlier alluded, a lot more of his patriotism and energy are missing where they are darely required at the moment.

As a Senior Advocate of Nigeria, a former President of the Nigerian Bar Association and a life member of the Body of Benchers, Chief Akeredolu SAN stands in a vantage position to nudge on his brother Governors to embrace and implement financial autonomy for the Judiciary in their states as provided by the Constitution. If he wills, Chief Akeredolu posseses the clouth to make things happen, at least among Governors of States of the South West.

It cannot be gainsaid that the Judiciary in Nigeria is at the moment a shadow of itself, having over the years been starved of funds and reduced to a beggarly condition. At the sight of the timid state of what the third estate of the realm in Nigeria had become, Oputa, Eso, Jinadu, Aniagolu, Obaseki and many of their ilks would bite their fingers in regret in their graves.

It is a truism that the Bench cannot speak for itself for their Lordships are only to be seen and not to be heard, thus traditionally, the Bar speaks for the Bench! This is the agelong tradition of the legal profession which tradition is collateral to the symbiotic relationship between the Bar and the Bench. Chief Akeredolu at the moment is the most senior member of the Bar in the ranks of the Nigerian Governors Forum and he ought to and be seen to be promoting the rule of law which the Nigerian Bar stands for. As a senior lawyer and a former helmsman of the Bar, Chief Akeredolu passes for the status of a General in an Army.

An independent Judiciary is a sine qua non to the rule of law and Chief Akeredolu, SAN knows this. As President of the NBA, he championed the course for an independent Judiciary. One remembers how vociferous he was in condemning the Katsina-Alu/Salami saga which escalated from the wranglings between the then Chief Justice of Nigeria- Late Hon. Justice Aloysius Katsina-Alu, GCON and the then President of the Court of Appeal- Hon. Justice Isa Ayo Salami, OFR over the attempted disbandment of the panel sitting on the Sokoto State Governorship Election Petition in 2011 to satisfy certain political interests.The rest of this incident is history.

Despite that Chief Akeredolu now as a Governor has all it takes to walk his talk by demonstrating leadership in the promotion of the rule of law through ensuring that the judiciary is financially independent, it is however surprising that Chief Akeredolu has been missing in action since the current  agitation for judicial autonomy started in April 2021 with the JUSUN stike.

At the moment, the Nigerian Governors Forum has reached an agreement with JUSUN on their demands for financial Independence for the Judiciary- a development which stakeholders had hoped would see an end to the industrial action by JUSUN, the MoU is still lying on the ground waiting for the NGF’s signature. To be sure that the NGF is not taking it for a jolly ride, JUSUN had insisted that the stike would continue unless the accounts of the Heads of Courts are credited directly with funds standing to the credit of the Judiciary in all the States affected.

Now, the States have received their monthly allocations from the Federation Accounts Allocation Committee (FAAC) for the month of April 2021 but none of the Governors have shown commitment to comply with their agreement with JUSUN by paying the amount standing to the credit of the State Judiciaries to their Heads of Courts.

It is surprising that just like his brother Governors, Chief Akeredolu is yet to comply by paying the amount standing to the credit of Ondo State Judiciary to the Chief Judge of Ondo State or demonstrate any commitment thereat.

Politics or no politics, Chief Akeredolu, SAN is a representative of the Bar in government given that he is akin to a General in the law profession having attained the pinnacle of the profession in several ramifications. He cannot afford to let the profession and the Nigerian society down at this moment by distancing himself from the noble struggle to liberate the Nigerian Judiciary.

History will never forget the actions and inactions of those who have what it takes to make a positive change, especially a change they had once desired others to make.

Chief Akeredolu is urged to today act and act rightly by demonstrating leadership on this matter as he has done in the Amotekun and Open Grazing prohibition matters.