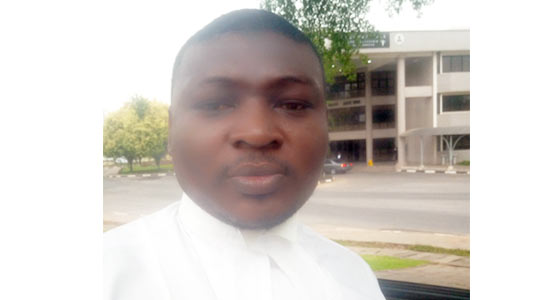 On 6th April, 2021 just immediately after the Easter vacation, Nigerians woke up to hear the announcement and commencement of a nationwide strike action in the entire judicial arm of government on the behest of the Judiciary Staff Union of Nigeria (JUSUN). Their agitation was for the executive arm of government, especially at the States level to fully implement financial autonomy on the judiciary.

Statutorily, sections 82(3) and 121(3) of the 1999 Constitution of the Federal Republic of Nigeria provide for full financial autonomy to Federal and States judiciary to the effect that any amount standing to the credit of the judiciary in the Consolidated Revenue Fund of the Federation or the State respectively shall be paid directly to the heads of Courts concerned.

Judicially, in Suit Nos. FHC/ABJ/CS/667/2013 (Judicial Staff Union of Nigeria Vs. National Judicial Council (NJC) and FHC/ABJ/CS/63/2013 (Olisa Agbakoba Vs. Federal Government of Nigeria, NJC and the National Assembly) and NAD/56/2013 (Olisa Agbakoba Vs. Attorney General of Ekiti State and 2Ors), the Courts have passed several judgments in favour of the express provisions of the Constitution supporting judicial financial autonomy. These judgments have remained unchallenged by all those affected, but have remained unenforced at the States level because of the selfish and greedy dispositions of our political class at the helms of affairs at the executive arms of government.

In Nigeria, as far as the concept of judicial financial autonomy is concerned, it is only the federal government that has complied maximally as it affect the Supreme Court, the Court of Appeal, the Federal High Court, the National Industrial Court of Nigeria and the entire Federal Capital Territory judiciary.

It was in a bid to enforce compliance to financial autonomy on each States of the federation that President Muhammad Buhari on 29th September, 2020 issued Executive Order 10 pursuant to Section 5(1)(b) of the Constitution directing strict enforcement of financial autonomy for States legislature and judiciary across the nation.

Despite all the above measures, financial autonomy of States judiciary remained a mirage, despite its clear provisions and workability as enshrined in the Constitution. Therefore, the ongoing strike action embarked upon by JUSUN is a protest against the lack of compliance to clear constitutional provisions, judicial decisions and executive orders all in favour of financial autonomy of the States judiciary.

Unfortunately, the federal judiciary which enjoys full implementation of financial autonomy as enforced by the Federal Government also joined in the strike action in solidarity to its counterparts at the States level.

Being the third arm of government, judicial powers in Nigeria are statutorily vested on Nigeria’s Courts, both at the Federal and State Level. Therefore, no citizen can approach any other forum for judicial determinations of disputes, except the Courts, which are currently under heavy locks and keys with strict surveillance.

Although, the entire media space is flooded with news that an agreement has been reached by JUSUN and the 36 States Governors as brokered by the Federal Government to the effect that they have accepted and will ensure the full implementation of judicial financial autonomy in each States of the Federation. However, JUSUN has refused to call off the strike due to known negative antecedents of government officials refusing to honour simple agreements with various labour unions and associations like the NLC, ASUU, NARD etc. To this end, JUSUN and its allies have vowed to continue with the strike action until full implementation of financial autonomy is established in all States of the Federation.

Worst still, just recently, the Nigerian Labour Congress (NLC) has also issued a statement warning the Federal and States Governments to ensure strict enforcement and compliance with the agreed terms on financial autonomy of the judiciary, otherwise they risk the chances of grounding the entire nation by declaring a solidarity strike action in support of JUSUN. This is pathetic!

But in as much as the agitation for financial autonomy of the judiciary is key to the existent of a strong and healthy democracy laced with the principle of checks and balances, the continuous and prolong strike action of about two months now is inflicting more harm than good, owing to the fact that the entire third arm of government of a nation has been crippled and rendered nonfunctional.

What this portends is that citizens’ statutory rights to access justice in the country are tactically deprived. The hopes of thousands of awaiting trial inmates at correctional facilities across the nation are dashed at the moments. Likewise, the fate of suspects and complainants at each police formation in the country remain hanging in the air, with no light in the tunnel so far. Business and corporate disputes cannot find their ways into our Courts either for litigation or mediation purposes. I am aware of an international citizen in the entertainment industry both home and abroad who has a line up cases against BBC, DSTV, Amazon Prime, EOne, Netflix etc. on institutional racism perpetuated on him in the build up of his career till date.

Besides, lawyers are the worst hit with the ongoing strike action, since they are the primary players in the judicial sector and one can only imagine the effect of the strike action on their entire livelihood and wellbeing, even though the umbrella body of the profession (Nigerian Bar Association – NBA) is fully in support of JUSUN on the agitation.

With the current state of events, how then can we strike a balance between the constitutional provisions of access to justice and the implementation of a full scale judicial financial autonomy at the States level?

To my mind, the former seems more crucial than the latter, hence takes more precedence owing to its general applicability and the extent of direct effect to the entire citizens and functionality of Nigeria. Alas! The entire atmosphere seems calm with utmost dismay and our political elites in other arms of government continue to operate with ease, pretending that all is well at the moment. And I pause to ask – are there really some group of persons or arms of government who feels very comfortable with the present shut down of our Courts?

I dare to say that at the moment, the whole essence of the strike action is been defeated and the momentum is gradually fading away, especially when States like Rivers etc have began to withdraw from the action and declaring their Courts open henceforth. Interestingly, it is amazing to hear and realize that Ebonyi and Edo States never even joined in the strike action in the first place. Don’t we think there is a foul play somewhere? We now hear of Supreme Court, Court of Appeal of different divisions etc. delivering judgments via zoom conducted sessions, which have been subject to different views. Who is fooling who? Let’s call a spade by its name please!

No doubt, if the National body of JUSUN and its allies fail to reason outside the box, the federal judiciary may begin to have a rethink and disembark from the ongoing JUSUN strike, especially when the federal government is not in default in the implementation of financial autonomy of its judiciary.

It is to say the obvious that the international communities are carefully understudying the whole events of the strike actions as it unfolds, with a view to making critical business and political decisions that will have far reaching consequences on Nigeria as a nation.

Again, sustaining the present strike action beyond this level is a deliberate and unpatriotic attempt to continue to expose the kind of unhealthy and haphazard democratic system we operate as a nation to the entire world, which is indeed laughable.

Consequently, I call on JUSUN to take heed to the clarion call of wisdom and call off the ongoing strike in anticipation that the relevant Federal and States governments will keep to their part of the agreement in enforcing and implementing financial autonomy for judiciary across Nigeria.

A stitch in time saves nine!