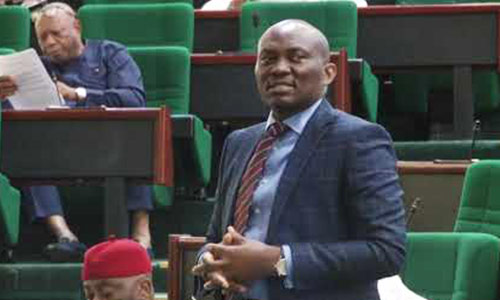 The Minority Caucus of the House of Representatives has described the ban on microblogging site, Twitter, by the federal government as a violation of freedom of speech of Nigerians.

The lawmakers, therefore, called on President Muhammadu Buhari to immediately reverse the suspension, so as not to exacerbate the already tensed situation in the country.

The caucus, in a statement on Saturday, by the Minority Leader, Ndudi Elumelu, said the suspension is “obnoxious and unjustifiable.”

The Ministry of Information and Culture on Friday announced the suspension of Twitter for “undermining Nigeria’s corporate existence.”

In the statement announcing the suspension, the Minister of Information and Culture, Lai Mohammed, also announced that all social media platforms are to be registered to operate in Nigeria.

This is the latest move by the government to regulate social media after several legislations had been rejected by Nigerians.

In 2019, the protection from internet falsehood and manipulation bill was introduced to the Senate. The bill was sponsored by Musa Sani (APC, Niger).

Nigerians on social media used the #SayNoToSocialMediaBill to campaign against the bill. The bill is currently in some form of hibernation, as it has neither been rejected nor slated for further legislative action.

In 2015, the Frivolous Petitions (Prohibition) Bill 2015 was introduced in the 8th Senate, but the bill was rejected by Nigerians.

The Federal Government’s action on Friday suggest it is ready to go ahead to regulate social media with executive fiat, instead of waiting for the National Assembly to pass the law.

“Our caucus rejects this thoughtless decision of the Federal Government which amounts to a clampdown and a direct infringement on the rights of Nigerians to free speech as guaranteed by the 1999 Constitution (as amended)’” the statement said.

“It further shows the All Progressives Congress (APC)-led administration as one that is unwilling to listen to Nigerians but ready to use any means to suppress and subjugate its citizens.

“The Minority Caucus is disturbed that the suspension of Twitter in the country came after the social media platform deleted President Muhammadu Buhari’s tweets.

“Such response by the Federal Government has raised further concerns over the APC-led administration’s disturbing rating on issues of political intolerance, abuse of rights and violation of rules in our country.

“The minority caucus cautions that the development is capable of leading to further restiveness among Nigerians and worsen the situation in the country.

“Moreover, this action of the Federal Government, coming at a time the National Assembly is conducting its public hearing towards the amendment of the constitution, may constitute a major setback capable of diminishing public confidence in the exercise as well as other processes genuine efforts by the legislature to strengthen democratic tenets in the country.”