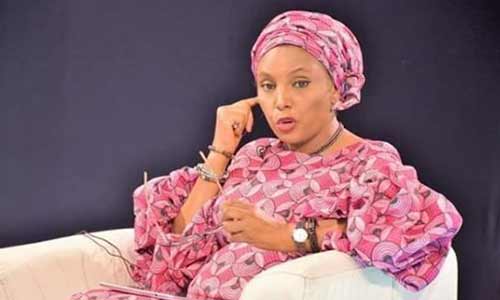 A journalist and managing director of Radio Now 95.3fm Lagos, Kadaria Ahmed has called on the federal government to consult with experts on how to eradicate hate speech in the media space without violating fundamental human rights.

This was stated on Monday by the journalist while reacting to the directive of the National Broadcasting Commission (NBC) on the use of Twitter by broadcast media.

Recall that the federal government announced the suspension of Twitter in Nigeria on Friday.

The suspension came after a tweet by President Muhammadu Buhari was taken down by the social media platform.

In a statement issued by the commission, Armstrong Idachaba, NBC acting director-general, directed all broadcasting stations in Nigeria to suspend the patronage of Twitter, uninstall the application, and desist from using Twitter as a source of information gathering.

Reacting in a statement, Ahmed said the directive “amounts to an attack on the media and freedom of speech both of which are guaranteed by the Constitution of Nigeria”.

“Section 39(1) guarantees freedom of expression as a fundamental right. Section 22 of Nigeria’s constitution guarantees press freedom by stating that the press, radio, television, and other agencies of the mass media shall at all time be free to uphold the fundamental objectives contained in this chapter and uphold the responsibility and accountability of the government to the people,” she said.

“Radio Now will, under duress, comply with the directive of the commission while consulting with our lawyers on the legality of this directive. The advice we receive will determine our next steps.

“Radio Now is not convinced a ban on Twitter, and a directive by NBC, barring broadcasting stations from using the platform, is the right way,” she added.

“We urge the government to go back and engage with experts, many of whom abound in the country, on how to fight hate speech, misinformation and disinformation while respecting and upholding rights that are fundamental in a democracy.”