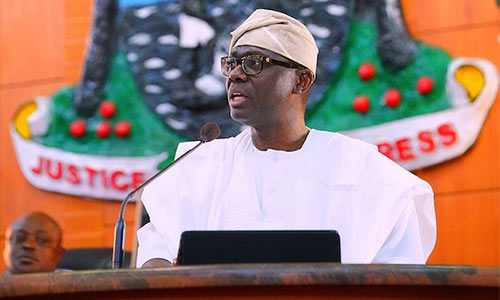 Lagos Governor Babajide Sanwo-Olu on Monday reacted to the Federal Government’s suspension of the operations of the micro blogging and social networking service, Twitter.

Recall that the Minister of Information, Lai Mohammed had announced the “indefinite” suspension in a statement last week by his spokesman Segun Adeyemi.

Sanwo-Olu, in an interview with Arise TV monitored by The Nation, explained he does not have the same prognosis as the President and Commander in Chief, and so, he cannot say if what was done is wrong or right.

“Why I would not want to unnecessarily join issues around the Twitter, just last week I was on a fact finding tour to some of the tech hubs in Lagos; flutter wave, impact hub… We went round to encourage our great youths who are entrepreneurs in that space and we’ll continue to support them…

“Regarding the specifics around Twitter, I cannot sit down here with all of the responsibilities that I have and fly the commander in chief of the armed forces. He would have the prognosis and security information that I do not have and I cannot begin to say that was it done is right or wrong.”

Sanwo-Olu however suggested that both sides — Twitter and the Federal Government — should come together to resolve the issues at hand.

“On both sides, there are issues that can be resolved between Twitter and the Government and I think what they’ve done is not a ban but a suspension like they said, so in the period of suspension let us sit down…we need to have that conversation with them,” he explained.