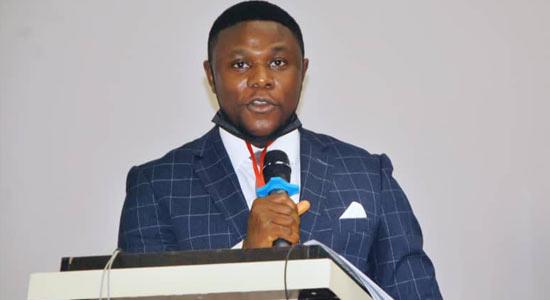 J-K Gadzama LLP has keenly followed and participated in the ongoing Review of the 1999 Constitution by the House of Representatives.

Joe-Kyari Gadzama, SAN in his usual style of capacity building and mentoring of the young lawyers, delegated young lawyers to present the Memorandum on his and the Firm’s behalf.

Mr Jerry Ombugadu Musa, a Junior Partner in the firm of J-K Gadzama LLP on Tuesday, June 1, 2021, delivered the Memorandum at the plenary, and afterward presented the same to the Deputy Speaker, House of Representatives and Chairman of the Review Committee, at the Zonal Public Hearing of the House of Representatives Special Committee for the Review of the 1999 Constitution held at Gowon Hall, Crispan Hotel, Rayfield, Jos, Plateau State.

In a similar vein, Mr Emmanuel Jiya on Wednesday, 26 May 2021 represented the law Firm in Minna, wherein he presented J-K Gadzama LLP’s Memorandum to the Senate Committee for the Review of the 1999 Constitution at the Justice Idris Kutigi (Rtd) Conference Centre, Minna, Niger State.

The Memorandum amongst many other proposals demanded that the NJC directly appoints her officers for Senate approval without the involvement of the Executive arm of government.

It also requires an end to the regime of acting heads of Institutions of Government remaining in office for years in their acting capacity.