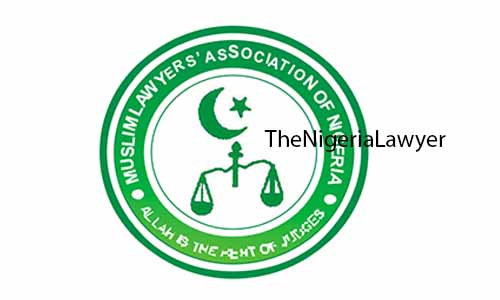 The National President of the Muslim Lawyers Association of Nigeria (MULAN), Professor Abdulqadir Abikan Ibrahim, has said that the association currently planning a 20-year roadmap for Muslim lawyers across the country.

The MULAN president who stated this during a courtesy visit to the Attorney-General/Commissioner for Justice of Jigawa State, Dr. Musa Adamu Aliyu in his office.

The President states that it’s part of his administration’s commitment to revive synergy with all the state chapters, as he noticed that there was little or no alliance between the state chapters and the National body.

Prof Abdulkadir says, “my office has recently organized a retreat for stakeholders, to design a roadmap for MULAN for the next 20 years.

He added that the retreat was also aimed to build the capacity of Muslim Lawyers especially in the area of Sharia Law, which will help them to diversify their legal practice and to improve their faith.

He, therefore, urged all Muslim legal practitioners to participate in such kind of workshops and retreats.”

MULAN is always concern with issues affecting Muslims, this is why the association involved in the case of a lady who was denied call to the Nigerian Bar over the wearing of hijab. In another incident when the Governor of Kaduna State’s invitation to attend the Nigeria Bar Association (NBA) Annual General Conference was withdrawn, the Association wrote a condemnation letter to the national body of NBA, and that has impacted on the decision of the Lawyers’ umbrella body.

Prof Abdulkadir commended the Jigawa state Governor Alhaji Muhammadu Badaru Abubakar on his achievements in the state, he said “the last time i visited Jigawa was fifteen (15) years ago, and i most say the Governor a Golden Medal for his laudable achievements, I’m truly impressed” he added.

Addressing the President, the Attorney-General, Dr. Musa Adamu Aliyu thanked the president for the visit, and assured him his support especially to MULAN Jigawa State Chapter, adding that there will be transparency and synergy among Muslim Lawyers in the state.

The Commissioner also called on the national leadership to support the State Government in bringing development to the administration of justice.

He further stated that the State Government is ready to partner with MULAN as it has always involved Muslim Lawyers and other Islamic scholars in law-making process in the state.

He cited the recently assented Violence Against Persons Prohibition (VAPP) Law where Islamic scholars and Muslim lawyers were fully involved in the process.

The Attorney-General told the visiting MULAN President that the law was subjected to the principles of Islamic Law in case of any inconsistency. The Attorney-General finally urged the MULAN to show more interest and get more involved in the process of appointing judges by making sure that people learned in Islamic Law are appointed into the Superior Court benches.