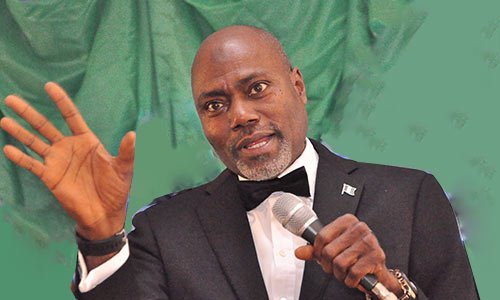 Ali, in an interview with PUNCH Newspaper, said suspending Twitter is never a solution to any retribution because there are others with similar outreach that people can go to.

He said, “The main cause is the alleged deletion of the President’s tweet on the Indigenous People of Biafra and I believe the Presidency should have handled this in a different way. Even though the platform was totally banned, Twitter is not the only online platform in the country. What will happen is that people will migrate to other platforms. What I am saying in essence is that suspending Twitter is never a solution to any retribution, because there are others with similar outreach that people can go to. I think the President should have been better advised.

On the accusation of double standard by the Federal Government against Twitter for deleting Buhari’s tweet without deleting that of Nnamdi Kanu, Ali said such comparison amounts to placing Buhari and Kanu on equal status.

“This is unfortunate. How can you compare Nnamdi Kanu with the President? Kanu is a citizen of our country. Buhari is the President of Nigeria; if you compare the two, what you are saying is that they are of equal status. That is an inadvertent development. Anything Kanu says doesn’t carry weight as compared to the President, otherwise you are promoting him.” Ali said

Furthermore, Yusuf Ali opined that the suspension of Twitter infringe on rights of Nigerians. He said FG should have rather wait to go against persons who post things contrary to law.

He said, “The right to express and pass information is fundamental and guaranteed in our constitution; anything stopping this has gone contrary to the law. There are laws to check those who abuse these laws. These laws are inalienable. For me, it is better to allow information to flow than restrict it, which is much more dangerous. You can go after somebody who publishes something seditious, but when you deny them the opportunity to say these things in the open, they will go underground and discuss it; this can bring about problems. If you remember during the military regime, when some newspapers were proscribed, all they did was to go underground and started to produce elsewhere. When you do things like this, you are encouraging people to be more innovative to beat whatever measures you have put in place.”

The distinguished silk also responded to the loyalists of President Buhari’s regime who said countries like France, Egypt and China, among others, have taken action against Twitter to justify Buhari’s action.

According to him, “Nigeria is Nigeria and we should not compare ourselves with other countries on a matter like this. We should align ourselves with countries that respect fundamental rights. Like I said earlier, Nigerians have the right to express themselves and pass information; anything contrary to this is against the law. Allow people to say what they want to say even if they do not agree with you.”