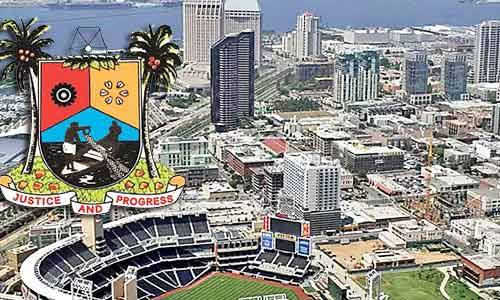 In spite of huge infrastructure investment in the state, a report says that Lagos is the second-worst city in the world.

According to the report by The Economist Intelligence Unit (EIU), the ranks 139 out of 140 most liveable city in the world, worst in Africa cities in the world in the first quarter of 2021.

According to the data, Lagos is only next to Damascus, Syria as the worst city to live in the world, and worse than Algiers (Algeria) and Tripoli (Libya).

The data was compiled by EIU, the research and analysis division of The Economist Group, the sister company to The Economist newspaper.

The data is based on a survey collected between February 22nd to March 21st, 2021, and looked at issues such as border closures, ability to handle health crisis, and roll out of vaccinations.

To rank the cities, the report focuses on five broad categories: stability, healthcare, culture and environment, education, and infrastructure.

Every city is assigned a rating for relative comfort for over 30 qualitative and quantitative factors across the categories.

Auckland, in New Zealand, topped the list of The Economist Intelligence Unit’s Liveability rankings, based on the city’s ability to contain the coronavirus (Covid-19) pandemic faster and thus lift restrictions earlier, unlike others around the world.

In addition, six of the top ten cities in the March 2021 survey are in New Zealand or Australia, where tight border controls have allowed residents to live relatively normal lives.

According to the report, the poorest ranking cities are struggling with growing civil unrest and military conflicts a major reason for being in the top ten.

“These continue to score poorly across the five categories. A consistently low stability score, owing to ongoing civil unrest and military conflicts, is the reason behind most of these cities featuring in the bottom ten. However, conditions have deteriorated even further as a result of Covid-19—particularly for healthcare.”

While most parts of the country are besieged by military activities and civil unrest, Lagos seems to be relatively calmer this year. The last time there was major unrest in Lagos was during the End Sars protest in October.

“The concept of liveability is simple: it assesses which locations around the world provide the best and worst living conditions.

Assessing liveability has a broad range of uses, from benchmarking perceptions of development levels to assigning a hardship allowance as part of expatriate relocation packages.

City officials and urban policymakers can use the rankings to benchmark target cities against the top-ranked cities.

The ratings can help them to understand the gap between target cities and the best-ranked cities across different categories.