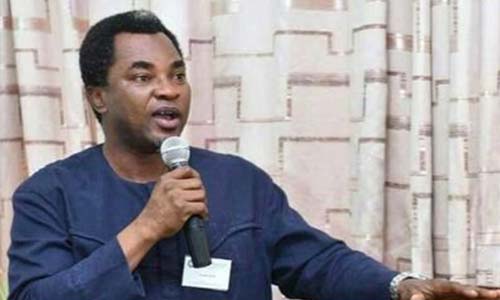 A past National Welfare Secretary, of the Nigerian Bar Association Ade Adegbite FICMC (AA), has said that the attack on the serving Chairman of NBA Makurdi, Justin Gbagir, by the Zonal head of EFCC, Makurdi branch is unjustifiable.

AA, made this remark on Wednesday reacting to the report earlier published by TheNigerialawyer(TNL), that Isei Daniel, directed his officers to allegedly beat up Gbagir, which resulted in him being hospitalized at Benue State University Teaching Hospital, Makurdi (BSUTH).

Adegbite, asked some questions after reading the report in the morning.

He said: “I read this morning, the report of the unwarranted brutal assault of the Chairman, NBA Makurdi Branch, Mr. Justin Gbagir, by the EFCC operatives in Makurdi, Benue State with great indignation.

“I was compelled to ask the following questions:

“When will this type of madness stop in Nigeria, really?

“What kind of a barbaric security/law enforcement system do we operate in our country?

“How long shall we tolerate the animalistic tendencies of the law enforcement officers who appear to have adopted a criminal code of conduct, especially against lawyers, which entails violent assault (physical or verbal) against a lawyer each time one visited their offices, in the course of his lawful duty?

“For how long will the Nigerian Bar Association tolerate these mad dogs that are being paid with our taxes, but will rather unleash terror on us, at nearly every point of forced and lawful official engagement?

“We had seen lawyers and Bar leaders assaulted in Okutipupa, Ondo State, it has happened in Orlu/Owerri, Imo State, it also happened in several other states including but not limited to Lagos, Oyo, Abia, and Akwa Ibom States respectively and so many other States in Nigeria. I have had cause to raise this alarm in the past. Now it has happened again in Makurdi, Benue State. When exactly will enough be enough?

“I think it is time we rose with a clear message that this type of atrocity shall no longer be tolerated anymore and insist that the perpetrators of all reported cases of assaults on our colleagues be brought to justice with maximum sanctions imposed against them.

“It is apparent that the continuous misbehavior of officers of various security agencies in Nigeria, especially the Police Force and the EFCC, against legal practitioners is borne out superiority challenge.

“It is my most humbly considered view that the Nigerian Bar Association should use this latest incident to make a Very Loud Statement and devise an Action Plan that will ensure, that NEVER AGAIN, shall any assault on any of our colleague(s) by any misfit officer(s) who criminally exploited his/her security agency’s membership, to rein havoc of physical assault or any form of harassment on a legal practitioner, go unpunished.