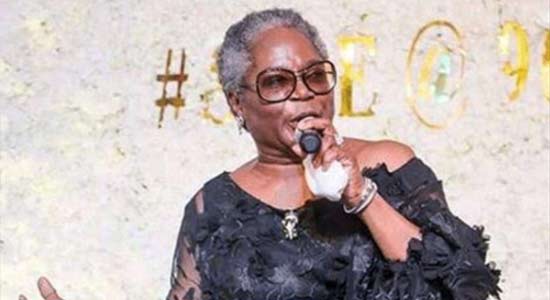 Igbo women in the South-east region under the auspices of Credible Igbo Women Initiative (CIWI) yesterday urged President Muhammadu Buhari, and other state actors in the region to intervene in the massive bloodletting in their region.

According to them, the call was necessary because of the alarming level of insecurity in the region and the country in general, which has resulted in lives being wasted on a daily basis.

Speaking at a conference held in Lagos yesterday on the theme: ‘Enough of this Killing’, the spokesperson of the group, Onyeka Onwenu, said: “Something dreadful is happening in our states, and we demands the immediate intervention of the president.”

She urged the government to ensure there is peace and stability in the region as enshrined in the constitution.

Owenu said: “Please Mr. President stop the killings in our states, as we can no longer endure burying our children. We want peace and progress in the region.

“The federal government is obliged to protect all the people of Nigeria, including the lgbo, who are currently under heavy armed attack by air and land daily.”
We are deeply saddened by the wanton destruction of public facilities and the targeted killings of security operatives and public servants by unknown gunmen, and therefore extend our condolences to their families and loved ones.

“We vehemently condemn the activities in Igboland by both known and unknown gunmen, arsonists, and brigands whose actions are clearly calculated to create an atmosphere of civil unrest in the region. For the avoidance of doubt, these are not our children, and they are not acting under the authority of Ndigbo.”

They also demanded that the government should provide financial and social incentives to those who have lost their means of livelihood in order to start afresh.

“The government should also console and compensate the men and women whose children met their untimely death in the hands of the gunmen, both known and unknown, including widows and widowers whose spouses met their untimely end in like manner,” the women group said.