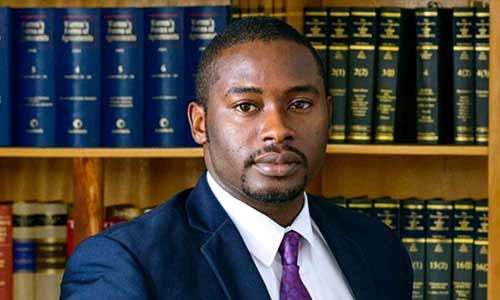 Recently, the Federal Government of Nigeria placed a ban on a microblogging application named Twitter. The App is popular for connecting people around the world as well as a means of conducting business. The App has served as an intricate and fast means of passing information to a wide audience. It is very popular among Generations x-z who are the younger generation. It is also important to note that various government institutions use this medium to circulate information.

The ban came as a result of a tweet by the President of the Federal Republic of Nigeria which was deleted by the company. The company deleted the President’s post on the ground that it found the tweet to be offensive. The next swift action by the government of Nigeria was to ban the app from Nigeria and from the midnight of 5/6/2021, the app ceased to work on most devices of Nigerians whose location on the app was Nigeria. This was done with the help of the telecommunication companies in Nigeria.

This move was resisted by Nigerians who complained bitterly about how unfair the ban was especially considering the fact that many of them carried on business using the App. However, Nigerians immediately found an alternative which was the use of Virtual Private Network (VPN). This network has a feature that allows users to continue using the app while tweeting from Nigeria. Following the ban and seeing this new development a statement was issued by the Attorney General of the Federation (AGF) where he stated in clear terms that whoever continued to use Twitter will be arrested and prosecuted.

This statement caused an uproar among Nigerians and various legal enthusiasts on the legality or otherwise of the statement of the AGF.  This work seeks to look at the relevant laws in Nigeria and whether usage of Twitter despite the ban constitutes an offence and punishable under Nigerian law viz a viz freedom of expression.

Nigeria is made of people from different backgrounds and ideologies and seeing that the ideologies might not always align and some persons might interfere with the rights of others, a system of redress has to be implemented to caution or check defaulting persons if peace and order is to be maintained in the society. Indeed, the need to checkmate the excesses of individuals formed the basis of the idea of criminal law.

1 The proper starting point, in any case, is the relevant legislative provision. In Nigeria, there are two major codes that govern human interaction in criminal matters they include: the Penal Code which is applicable in the Northern States and the Criminal Code applicable in the Southern States.

The history of Nigeria’s criminal law dates back as far as the existence of people in the space currently called Nigeria even before the arrival of the British Colonialists. Customary/native laws existed in various communities and they formed the basis upon which individuals were punished if they contravened any of the laws. Criminal law simply states that if a law is broken, punishment is to be prescribed and the punishment must exist at the time of prescription of punishment.

With time came the need to formalize laws. Largely a lot of the native/customary laws were unwritten and as a result caused hardship to the common man.

It is a trite criminal law principle that where a law is broken, the penalty thereto must be prescribed by a written law and the same must exist at the time of prescription of punishment.

Section 33(12) of the 1979 Constitution of the Federal Republic of Nigeria provides as follows:

‘’Subject as otherwise provided by this constitution, a person shall not be convicted of a criminal offence unless that offence is defined and the penalty thereof is prescribed in a written law; and in this subsection, a written law refers to an Act of the National Assembly or law of a state, any subsidiary legislation or instrument under the provisions of a law’’

Section 36 (8) of the Constitution[2] provides as follows:

‘’no person shall be held to be guilty of a criminal offence on account of any act or omission that did not, at the time it took place, constitute such as offence, and no penalty shall be imposed for any criminal offence heavier than the penalty in force at the time the offence was committed.’’

The above section speaks against a retro-active punishment for an offence or omission. It states the position that a person can only be punished based on an existing law that is expressly prescribed.

At this juncture, it is very apposite to define the term Crime/Offence in order to have a proper understanding. A couple of definitions are hereunder reproduced. It should be noted that crime and offence are most times interchanged.

Okonkwo and Naish in their book[3][4] defined crime as follows:

“Crimes are those breaches of the law resulting in special accusatorial procedure controlled by the state and liable to sanction over and above compensations and costs.”

In the case of R. v. Tyler4, crime was defined as:

“an act committed or omitted in violation of public law either forbidding or commanding it. “ The Criminal Code[5] defines offence as:

“Acts or omissions which render the person doing the act or making the omission liable to punishment under this code or under any Act, or Law, is called an offence.”

“An act that the law makes punishable; the breach of a legal duty treated as the subject matter of a criminal proceeding…”

“A violation of the law; a crime often a minor one…”

It is clear that there is no universal definition of crime, however, what is clear from the above definitions are that crime is:

In Nigeria our laws are written and this is in tandem with S.36(12) (supra) where it is clearly stated. Today, Nigeria does not have any unwritten criminal law. It is important to further state that the three conditions above must coexist for any act or omission to be defined as a crime in Nigeria.

From the above definition, it is crystal clear that if a particular act or omission has not been defined by our criminal laws, such act or omission cannot be regarded as an offence in the eye of the law nor can punishment of any sort be meted out.

In the celebrated case of Aoko v. Fagbemi[8] the Court of Appeal quashed an appeal where a woman was convicted at the lower Court for the offence of adultery on the ground that there was no written statute that makes adultery a crime in Nigeria.

Section 203 of the Criminal Code[9] spells out disobedience to lawful orders and the punishment thereto. Same is reproduced herein as follows:

‘’Any person who, without lawful excuse, the proof of which lies on him, disobeys any lawful order issued by any person authorised by any order, Act, law, or statute, to make the order, is guilty of a misdemeanor, unless some mode of proceeding against him for such disobedience is expressly provided by order, Act, law, or statute, and is intended to be exclusive of all other punishment.

The offender is liable to imprisonment for one year.’’

Relying on this provision alone, persons who still use Twitter may be guilty of an offence and punishment meted out to whoever is caught using Twitter after the ban. However, it will appear that the Supreme Court recently in the case of Aliyu v FRN[10] has held that the provision of section 203 of the criminal code is inconsistent with the provisions of the constitution.

It is proper to give a brief background of the facts in Aliyu v FRN as it forms a focal point in this paper.

The Appellant was accused & charged alongside other directors of the board of the Nigerian Ports Authority of intention to defraud. They had guidelines for their operations which formed the basis on the award of contracts. Sometime after the contracts for the year were awarded, a new guideline was introduced by a representative of the Ministry of Transport. This document bore the stamp of the Ministry of water resources and generally had some inconsistencies. Based on this the board of directors continued to use the existing guidelines. The Supreme court in overturning two concurrent judgements of the lower courts held as follows:

“None of the offences of abuse of splitting contracts, disobedience to lawful orders and conspiracy to disobey lawful orders were

proved by evidence some of the offences charged were never defined by any law codifying same and no where can one trace where the punishment thereof were prescribed. The said disobedience, if any of a ministerial directive in exhibit P3, is not and cannot be an offence contained in a written and or codified in a written law for which punishment is prescribedin the same written law as enjoined by section 36 (12) of the 1999 Constitution of the Federal Republic of Nigeria as amended. I think when the provision of section 203 and of the Criminal Code is juxtaposed it would be clear that it is a direct affront of the provisions of section 36 of the 1999 Constitution.

Consequently, there is no where disobedience to exhibit P3(new guidelines) is penalised or codified in a written law. The so-called offence of disobedience to lawful order is therefore non-existence and assuming, without conceding, that it exists, no punishment was prescribed against the offenders. The conviction and sentence of two years imprisonment dished out against the appellant are nullities.”

Having therefore considered all the issues formulated by both counsel I resolve all the issues so distilled against the respondent. The trial court, I emphasise, lacked jurisdiction to try the case abinitio, therefore trial itself, I agree was a nullity. Both section 203 and 104 of the Criminal Code were inconsistent with the provisions of the 1999 Constitution that makes both sections unconstitutional.’’ (Emphasis supplied)

A careful analysis of this judgement of the apex court in Nigeria in Aliyu v FRN(Supra) alongside the decision in Aoko v Fagbemi(supra) & Section 36(12) CFRN will reveal one clear and irresistible fact, which is that the ban on Twitter is not an offence which is capable of being punished under Nigerian law. The Primary and secondary sources of law cited in this work reveal that for an act to be an offence and be punishable, the same must be codified in law and punishment prescribed therein.

It is submitted that unless and until there is a law stating clearly and prescribing a punishment thereof on the use of a social media application, the ban remains unconstitutional and null and void.

Notwithstanding the above submissions, it will be interesting to view the Court’s opinion on the issue of Twitter ban and whether the Federal Government can put a gag on the usage of social media especially bearing in mind the right to freedom of expression guaranteed by the constitution and Article 19 of the Universal Declaration on Human rights.[11]

Everyone has the right to freedom of opinion and expression; this right includes freedom to hold opinions without interference and to seek, receive and impart information and ideas through any media and regardless of frontiers.