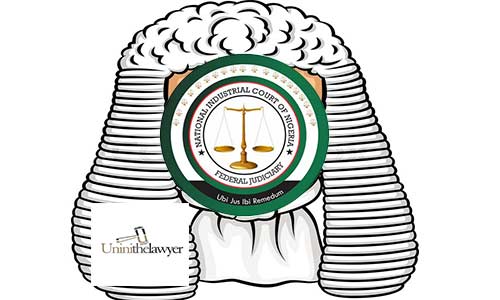 The Presiding Judge, Uyo Judicial Division of the National Industrial Court, His Lordship, Hon. Justice Mahmood Namtari has ordered the reinstatement of Dr. Aniekanabasi Ekpe as an Associate Professor in the Department of Political Science and Public Administration of the University of Uyo with all the attendant rights and privileges with no loss of seniority.

The Court ordered the University Registrar, Vice-Chancellor, and the Governing Council to pay Dr. Ekpe’s all his salaries, allowances, emoluments, and benefits accruable to his position as an Associate Professor from June 2016 till date within 30 days.

Justice Namtari held that the dismissal of Dr. Ekpe from the University was in contravention of the law establishing the institution, conditions of service, and in breach of Dr. Ekpe’s right to fair hearing as enshrined in the Constitution of the Federal Republic of Nigeria 1999 as amended.

From facts, the claimant- Dr. Aniekanabasi Ekpe had submitted that he was queried and invited before an investigation panel on the allegation of misconduct which he denied, got suspended for several months, and was later recalled.

He submitted that the process leading to his dismissal was not in line with the rule of law and his conditions of service; sought for his reinstatement and payment of withheld one-half of his salaries while on suspension among others.

In defense, the University of Uyo maintained that allegation of misconduct was established against the claimant and contended that the disciplinary action which resulted in Dr. Ekpe’s dismissal followed due process and fair hearing, urged the court to dismiss the case with cost.

In opposition, claimant counsel U. D. Itat Esq submitted that the invitation given to Dr. Ekpe by the Senior Staff Disciplinary Committee for interaction and the committee had no power to review the matter that the processes leading to his client dismissal were unlawful, urged the court to grant the reliefs sought.

Delivering the judgment, the presiding judge, Justice Mahmood Namtari held that an employee remains an employee and is entitled to his emoluments unless the conditions of service provide otherwise.

Justice Namatari declared that the withholding of one-half of the basic monthly salary of Dr. Ekpe for seven (7) months by the University when he was placed on suspension was without any basis and a violation of the University’s conditions of service.

The Court further held that the Defendants have proved the reason for the dismissal of the Claimant as required by the law but the purported dismissal was done in contrary to due process.

“Since there is no evidence that the Defendants satisfied any of these preconditions under section 15 of enabling law and have not afforded the Claimant the opportunity of being heard by the University Council and therefore falling too short of the standard of rules of natural justice and fair hearing, the dismissal is hereby declared null and void and no effect whatsoever.” Justice Namtari ruled.

Lastly, the court ordered the University of Uyo to deduct the sum of N5,693,941.55 from the salaries and allowances to be paid to Dr. Ekpe being the proceeds of the unlawful appointment; and the deducted sum be paid directly to the Akwa Ibom State University within 30 days.