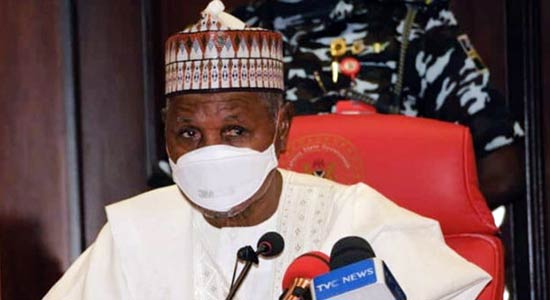 The president had during a television interview last week attributed the menace to failure of states and local governments across the country to manage security issues in their respective domains.

But citing Constitutional provisions, Masari said it was wrong for anybody to blame states and local governments.

“From the local governments, we assist the police, the DSS, the NSDC. There may be states that do not complement efforts of the security agencies and perhaps those are the states that the president was referring to.

“But sincerely speaking, based on provisions of the Constitution, the blame should go to the Federal Government for the general state of insecurity in Nigeria.”

Masari said he was 100 per cent in support of the clamour for restructuring and devolution of more powers to states which should also entail enhanced revenue to the tiers of government to enable them adequately perform their constitutional roles.

According to him, the establishment of a state police would enhance general security as the personnel will be expected to perform their defined roles without infringing on duties of the Nigerian police.

“The issue of a state police is part of what we are talking about and I am for it. All we need to do is to formalise activities of the vigilance groups and community policing and give them clear definitions on their limits and those of the Nigerian police.

“The issue of security is actually the responsibility of everybody as we all have roles to play. It’s not about the president or the governor or local government chairman or a legislator or minister.

“These bandits and their informants have addresses. They live within the communities and the people know them and security has no colorations in terms of political party affiliations or religion.

“I am also 100 per cent for restructuring and devolution of powers or whatever you call it. If you devolve, states and local governments will have more financial independence. We should earn resources according to the size and economy of our states.

“During the First Republic, Emir of Kano was the highest paid because of the state’s revenue base. What we have today as Katsina State was a province made up of Katsina and Daura emirates. They ran their civil service and police and prisons and judiciary then were under the Native Authority and they did well.

“They built and managed schools. If it was done successfully then, who says it cannot be done today? We ought to take another look at the Constitution. With the right leadership and proper arrangement, these things are still possible.

“There are some federal ministries with so many parastatals under each one. How can one person as minister provide effective oversight for these parastatals?

“We should devolve more power to the states but in such a way that we don’t have to weaken the authority of the Federal Government in terms of performing its constitutional responsibilities.”