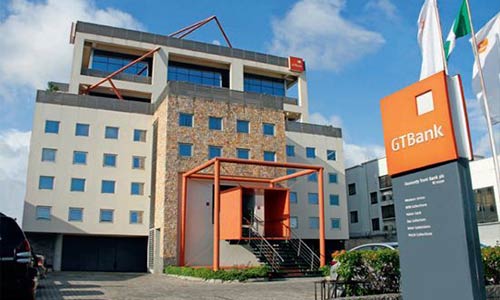 A Magistrate Court sitting at Federal Capital Territory, Abuja, has on Friday ordered Guaranty Trust bank PLC to pay the sum of I million Naira to its customer, Dr. Sonny Ajala, SAN, as compensation for illegal and authorized withdrawals made from his account.

Dr. Ajala, had in July, 2019 initiated a legal action against Guaranty Trust Bank PLC, for unauthorized and illegal withdrawal of his hard-earned money from his savings account.

He discovered the transaction on the 29th May, when he received an alert via his email and immediately called the bank’s online Customer Care number. Upon inquiry, he was told that the payments were Taxify services rendered in Lagos.

He immediately instructed the online Customer Care representative to block his debt card to prevent POS from further transaction.

The following day being 30th, May, he submitted letter to the Guaranty Trust Bank PLC, which was acknowledged same day by the Bank’s branch in Gwarinpa.

On that 30th May, Dr. Ajala, SAN, still received debt from his account amounting to N11,000, despite his earlier instructions to GTBank to block his debt card.

He however, denied comprising his Personal Identification Number,(PIN) and insisted that he was not in Lagos at the time of the transaction in this case.

In defence a staff of GTBank, who is the account officer to Dr. Ajala, SAN, said the transactions were effected using the plaintiff’s PIN, on the website belonging to Taxify.

She also insisted that the transactions wouldn’t have been completed without using his PIN. She also said that she is not one of the persons authorized to view the platform where the details of the transactions were done.

In a judgement on Friday, the court ordered Guaranty Trust bank PLC to immediately refund to Dr. Ajala, SAN, the sum of N37,400 with an interest of 10% from 31st of May, 2019 to the date of this judgment.

His Worship Nweke, in his judgment held that GT Bank had duty to safeguard the funds of Ajala but she failed in that regard

“Going by the evidence before the court, which shows that the plaintiff’s account was debited on the 30th, 31st of May, 2019, despite instructions given both verbally and in writing by the plaintiff to block the debt card, there’s no explanation given by the defendant’s witness as to how the plaintiff’s debit card was still used by the plaintiff or whomever he allegedly disclosed his personal identification number (PIN), to, subsequently he had instructed that the card be blocked.

“The defendant has the duty to the plaintiff to save-guard funds in his account. He failed In his duty when even after the plaintiff had reported the fraudulent transactions and demanded that his debit card be blacklisted but the defendant failed to do so.

“The Defendant’s assertion that the plaintiff compromised his PIN was not in any way established before the court.

“I found from the evidence before me that the Defendant was negligent. He had a duty of care, well established which was breached and the results were lost of funds of the plaintiff.

“I, therefore, found that the plaintiff has established his case against the Guaranty Trust Bank.”

The court however declined to grant all the declarative reliefs sought by the plaintiff and held that, “It has long been my view that since declarative reliefs, only states the rights of the parties without ordering for special actions, such reliefs should not be brought before the court of summary Jurisdiction.

“The judgment is entered in favour of the plaintiff in the following terms:

“GTBANK is ordered to immediately refund to the plaintiff the sum of N37,400 with an interest of 10% from the 31st of may, 2019 to the date of this judgment.

“GTBANK is ordered to pay to Chief Ajala, SAN the sum of 1 million Naria(N1,000,000), as damages for negligent in handling of the plaintiff’s account

“The court also awards 25% both Judgment sum per annual from the date of this judgment until full liquidation.”