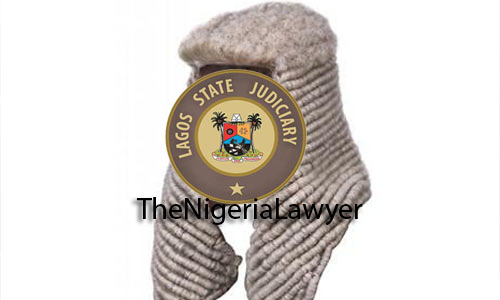 Two Judges of Lagos State High Court, have retired from Bench after attaining the statutory age of 65.

The Judges are Justice Grace Onyeabo and Justice Adeniyi Onigbanjo.

Justice Onyeabo, until her retirement was the Administration Judge, Ikeja High Court, while Justice Adeniyi Onigbanjo was said to have retired voluntarily on health grounds.

Similarly, about four other Judges are also said to be in line for retirement from the Lagos State Judiciary. It is understood that both Justices Babajide Candide-Johnson and Iyabo Kasali, will be retiring at the end of this month, also on attaining the statutory retirement age. Justice Owolabi Dabiri will be retiring in September, while Justice Marian Olajumoke Emeya will be retiring later in the year.

This development will deplete the number of serving High Court Judges on the Lagos Judiciary Bench from 61 to 56.
Already names of some legal practitioners and senior Magistrates have been sent to the National Judiciary Commission, for screening and consideration as High Court Judges.

Sources with Lagos State Judiciary and the Lagos State Ministry of Justice say the list of those approved as new Judges is being awaited, and as soon as the list arrives, it will be made public and the new Judges will be sworn in as soon as possible.