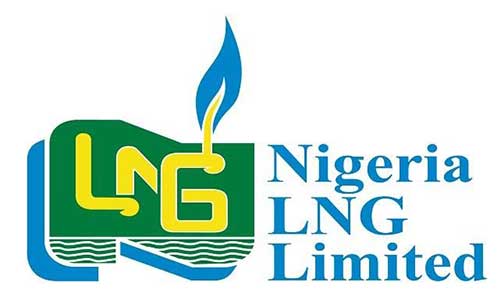 Host community to Nigerian Liquefied Natural Gas (NLNG) Finima, in Bonny Local Government Area of Rivers State, has said it has severed ties with the gas company till further notice.

This is coming days after the Federal Government flagged off the construction of train 7 gas plant in the community last week.

The facility that is expected to provide over 12,000 direct jobs and 40,000 indirect jobs in construction and fabrication is to be built with the sum of 10 billion U.S. dollars and to be completed in five years.

In a statement signed by a chief of Finima community and Chairman, Buoye Omuso Brown House, Inima Dickson Brown (Landlord family) in the community said the decision to suspend dealings, co-operation with the Gas Company followed the alleged refusal of the company to accord them the rights of a landlord, as enshrined in Nigerian Local Content Law and as applicable to other hosts communities to other government key facilities in the country.

Addressing reporters at the event, Chief of Finima Community and Chairman Buoye Omuso Brown House, Inima Dickson Brown, who spoke on behalf of the community had described as regrettable the firm’s decision to go on with Train 7 groundbreaking event without addressing the issues that led to the protest.

Brown said: “Nigeria LNG Limited is sited on Finima land and all negotiations prior to the siting and construction of Nigeria LNG’s Industrial and Residential areas were done exclusively with the leadership of Finima.

“We challenge any person, persons, or group of persons that has evidence to the contrary, to please come forward with same, and not to be peddling false information on social media for the gullible to believe.

“Meanwhile, we have resolved, and do hereby suspend and sever all dealings and co-operations with Nigeria LNG Limited until further notice.

“We call on NLNG to obey the laws of the Federal Republic of Nigeria, if indeed she is a good corporate citizen as claimed. One thing is statutory sure, and that is Finima community will not rest until the NOGICD Act and the CCG are implemented.”

Explaining further, he recalled that Finima Capacity Development Committee (FCDC) was set up to facilitate discussions and interface with the Firm after several unfruitful efforts by community delegations earlier to the company.

“The Community Leaders set up FCDC in 2014, to drive the process of benefiting from the NOGICD Act and the CCG which Nigeria LNG has denied Finima community over the years.

“After the community had hoisted a protest banner at NLNG roundabout in Finima on January 1 2021, the company wrote them a correspondence assuring of meeting for dialogue in the coming days, but never did.

“With the coming on stream of the Train 7 project, FCDC and Finima Community intensified efforts and mounted pressure on Nigeria LNG Ltd through letters and petitions to various government agencies and ministries, yet, Nigeria LNG remained adamant.

“After a period of over two months of inaction by the Nigeria LNG Limited, it dawned on the Finima community that the company has reneged on its promise to resolve the issue yet again.

Furthermore, “Several petitions to the Inspector-General of Police, the DSS, the Joint Taskforce, the chairman of Bonny LGA, the Nigeria Content and Development Management Board (NCDMB), the Minister of State for Petroleum Resources, the Rivers State government, the House of Representatives Committee on Host Community, were not responded to.”