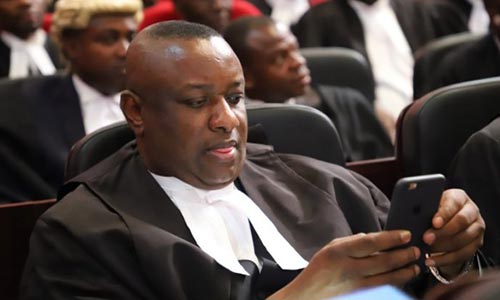 Festus Keyamo, the Minister of State for Labour and Employment, has insisted that some Nigerians have taken undue advantage of the suspension of microblogging and social network platform, Twitter, in Nigeria to blackmail the Federal Government.

The minister stated this in response to questions that the APC used the same social media to rise to power back in 2015.

He, however, stressed that the goal of the Federal Government over the ban on Twitter operations in Nigeria was not to asphyxiate free speech.

Keyamo said, “As a political party APC, can you tell us examples when we tried to use social media platforms to set the country ablaze?

“We should not be blackmailed into a corner and behave as if we are acting against our own principles.

“We are not talking about stifling free speech. People have been using this as a blackmail weapon that we rode to power using social media. That is blackmail because we need to set specific examples where we use social media to undermine the territorial integrity and peace and unity of Nigeria.”

Recall that the Federal Government had recently suspended the operation of Twitter in Nigeria owing to allegations that it allows for contents capable of threatening the corporate existence of Nigeria.

Despite the ban, some Nigerians have continued to access Twitter via the use of Private Virtual Network, VPN.