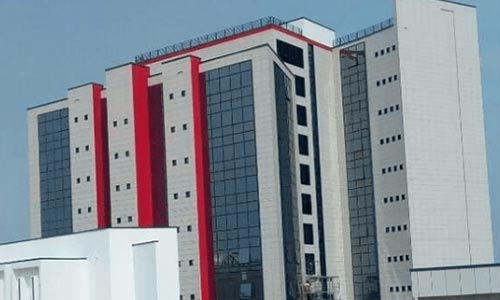 THERE are rumblings within the rank of senior officials of the All Progressives Congress (APC) over recent appointments into the Economic and Financial Crimes Commission (EFCC), According to tribuneonlinen report.

On Monday, the Attorney-General of the Federation and Minister of Justice, Mr Abubakar Malami, announced the appointment of Dr George Abang Ekpungu as the secretary to the commission “for a fresh tenure of five years.”

Ekpungu contested the 2019 general election into the House of Representatives on the platform of the Peoples Democratic Party (PDP) for the Ikom/Boki federal constituency.

“This appointment was in line with Section 2(1) and Section 4 of the Economic and Financial Crimes Commission Act, 2004,” a statement issued by Malami’s special assistant on media and public relations, Dr Umar Jibrilu Gwandu, said.

Senior party sources, however, confided in Nigerian Tribune that the announcement did not go down well with a caucus of the party who argued that the SouthWest zone was deliberately shortchanged in the new nominations.

Records show that Emmanuel Akomaye from Cross River State was appointed pioneer secretary of the EFCC in 2003 and served for two full terms until 2013 when he was replaced by Gboyega Aremo.

Aremo only served a term and was replaced with Olanipekun Olukoyede, who was chief of staff to Ibrahim Magu until President Muhammadu Buhari nominated him, cleared by the Senate and appointed in November 2018.

However, on July 15, 2020, Olukoyede was suspended along with other top officials of the commission.

Although Magu was not a substantive head of the commission, Olukoyede was confirmed by the Senate.

According to Section 4 of EFCC Establishment Act, “where a vacancy occurs in the membership of the Commission, it shall be filled by the appointment of a successor to hold office for the remainder of the term of office of his predecessor, so that the successor shall represent the same interest as his predecessor.”

This means that having spent less than two years in office, Olukoyede ought to have been replaced by another person from the SouthWest region.

“And more than anything else, Olukoyede, in the eye of the law, is still the substantive secretary of the EFCC because he was merely suspended. He has not been sacked.

“It would even appear as if the whole suspension of Magu and his top officials was merely orchestrated just to achieve a sinister purpose because up till today, the report of the Salami panel has not been made public and none of the officials has been charged to court for any misdeed.

“I can even tell you categorically that no formal indictment will be made against any of them because of the threats by the former chairman who is very angry that he was used and dumped,” a source declared.