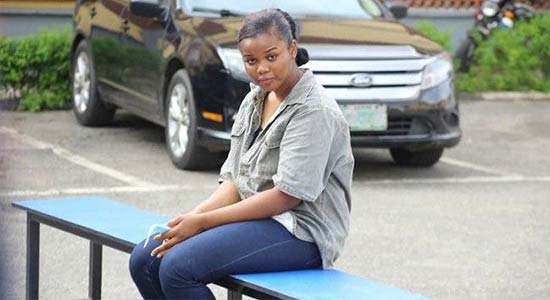 – They were lovers – two mutually consenting adults in a romantic relationship.

– She agreed to meet and be with the man at an apartment. She wasn’t forced. In fact, she booked the apartment, while he transferred money to her to pay for it.

*Watch the video of how she defended herself here

– She used an app to generate a fake international phone number to book the apartment.

– It was a lovers’ tryst – food, alcohol, drugs, and sex were on the table.

– She had a fake identity card with her face but a different name on it.

– For whatever reason, she stabbed the man three times (twice in the neck, once in the stomach). She cut off the artery that supplies blood through the neck.

– After killing him, she had the presence of mind to steal his iPhone before she took to her heels.

– After she escaped, she withdrew N380,000 from his account… And maybe she would have withdrawn more if the account wasn’t blocked.

– Both of them are very good-looking.