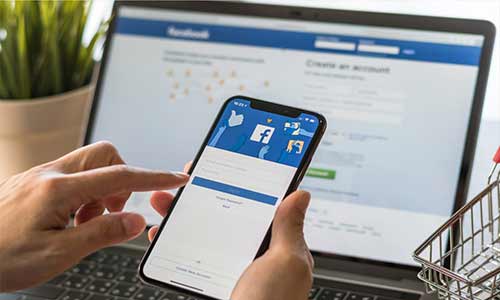 [Huffingtonpost] Texas’ highest court has ruled that Facebook can be held liable for sex trafficking carried out on its social media platforms, after several victims accused the company of knowingly benefiting from its online facilitation.

Friday’s ruling by the state’s Supreme Court allows three civil lawsuits by trafficking victims to proceed against the social media giant, after the court determined that current laws do not permit Facebook, or any other website, to act as a “lawless no-man’s-land,” the Houston Chronicle first reported.

The victims have accused Facebook of violating a state anti-trafficking law passed in 2009 ― Chapter 98 of the Texas Civil Practice and Remedies Code ― that makes a defendant who traffics a person, or who intentionally or knowingly benefits from the act, liable to the victim.

Facebook in February requested that the court dismiss the lawsuits, which were filed by three women who said that as teenagers they were pulled into the sex trade by pimps using the company’s social media platforms.

In one of the cases reported by the Chronicle, the victim said she was 14 years old when she was contacted by a man on Instagram, which is owned by Facebook. She said the man ended up raping her and advertising her as a prostitute on Instagram. After the girl was rescued from the operation, her Instagram profile continued to be used to lure in other minors. The victim’s mother said she reported what happened to Facebook but the company never responded.

The plaintiffs accuse Facebook of “creating a breeding ground for sex traffickers to stalk and entrap survivors.” Instead of implementing safeguards that would require verification of users’ identities and being more selective with its advertising, the company is accused of choosing to increase its profit margins.

Facebook argued that Section 230 of the federal Communications Decency Act, passed in 1996, protects online service providers from liability for content published by its users, as well as liability for regulating it.

However, the Texas justices dismissed that blanket defense on Friday, arguing that Facebook played a role in facilitating the illicit behavior. It also noted that in 2018, Congress amended Section 230 so that civil liability could be imposed on websites that violate state and federal human trafficking laws.

“We do not understand Section 230 to ‘create a lawless no-man’s-land on the Internet’ in which states are powerless to impose liability on websites that knowingly or intentionally participate in the evil of online human trafficking,” the justices said in their majority opinion. “Holding internet platforms accountable for the words or actions of their users is one thing, and the federal precedent uniformly dictates that Section 230 does not allow it. Holding internet platforms accountable for their own misdeeds is quite another thing. This is particularly the case for human trafficking.”

“Sex trafficking is abhorrent and not allowed on Facebook,” a spokesperson told HuffPost in a statement. “We will continue our fight against the spread of this content and the predators who engage in it.”

A lawyer for one of the victims suing Facebook said their work doesn’t stop here.

“Our clients have fought for over two years for the chance to bring their case,” attorney Annie McAdams said in a statement. “While we have a long road ahead, we are grateful that the Texas Supreme Court will allow these courageous trafficking survivors to have their day in court against Facebook. With the help of Chapter 98 protection, we believe trafficking survivors in Texas can expose and hold accountable businesses such as Facebook that benefit from these crimes of exploitation.”

Since 2013, the internet has been the most common location for human trafficking recruitment, according to a 2020 report by the Human Trafficking Institute.

More than half of all online victim recruitments in sex trafficking cases that occurred in 2020 took place on Facebook, “making it by far the most frequently referenced website or app in public sources connected with these prosecutions, which was also true in 2019,” the report found.

After Facebook, Instagram and Snapchat were the two most frequently cited social media platforms for recruiting child victims.