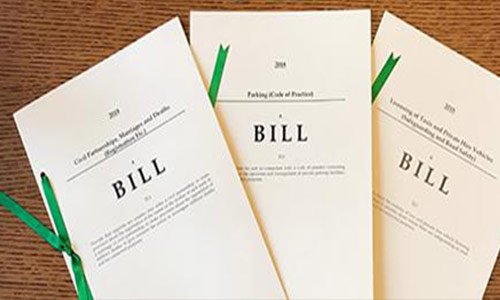 The pan-Ijaw group, the Ijaw National Congress (INC) Worldwide, has rejected the three or five per cent passed by the National Assembly in the Petroleum Industry Bill (PIB) for Host Communities Development Trust Fund.

President, INC, Prof. Benjamin Okaba, who announced the rejection on Monday after an executive meeting of the congress, insisted that anything short of 10 per cent compensation to host communities was not acceptable.

To this end, Okaba called on President Muhammadu Buhari to demonstrate statesmanship by taking bold steps to quell the rising tension by refraining from signing the bill until the National Assembly approves 10% as the HCTF.

He equally called on the Minister of State for Petroleum Resources, Chief Timipre Sylva, to inscribe his name in gold and be on the side of posterity by standing firm with his people and against those who had vowed to continuously deny the Ijaw the control and management of their God-given resources.

He said it had clearly shown that the only thing those against the Ijaw nation valued about them was their oil and not what they suffer even in extracting the resources from the bowels of their ancestral land.

Okaba also called their legislators and top government officials who play leading roles in Buhari’s administration to throw their weight behind the will and wish of the people by rejecting the slavish allotment and support the host communities for a better deal which is a minimum of 10%.

He stated: “We reject in its entirety the 3% and 5% provisions as compensation, the redefinition of host communities and other provisions including the allocation of 30% of our oil resources to grope in the dark in the name of exploitation of a paradox of extreme kind that is not in symphony with common sense, equity and good conscience.

“The Ijaw nation is more convinced that the call for restructuring, true federalism and resource control is the only way out for peace, justice and equity to reign in this country and the guarantee for our continuous commitment to the Nigerian project.

“This scenario has also reignited our search and pursuit for self-determination and self-actualization in a clime that has brutally raped our sensitivities and rights to peaceful and prosperous existence.

“The perpetrators of these obnoxious policies and laws that infringe on our fundamental human and environmental rights should equally be reminded of the dire consequences and find themselves to be blamed in the event of any eventuality.”

He recalled that since 2008 when the first version of the PIB was brought to the lawmakers, it had been a ding-dong affair, moving back and forth, up and down.

He said the scenario was understandable for a bill of such historical stature to certainly inspire total concern considering its objective to regulate the country’s main revenue earner, the oil and gas industry and enhance peaceful and harmonious coexistence between the licensees and the host communities.

Okaba stated: “As we speak, the Ijaw people are faced with the ironic situations where princes are on foot while servants are riding on horses. What is ours is theirs and what is theirs is theirs. We are all witnesses to the double standard displayed by the Federal Government in Zamfara and other parts of the North where the State Governments and individuals are allowed to mine gold deposits in their territories.

“But the oil and gas resources in our territory are vested in the Federal Government for the benefit of all. It is not surprising; a member of the House of Representatives years ago was bodacious enough to declare to the world that the oil in Bayelsa State belongs to Jigawa State.

“Our environment is despoiled from corroded pipelines and tankers. Crops and aquatic lives are taken out. Orange plum of burning gas, releases variety of poisonous chemicals. Yet, oil and gas are pumped daily to keep the nation healthy. We feed the nation but we are the least developed. Those who suffer no injury carry on as if it is their birthright to dominate economic and political privileges.”