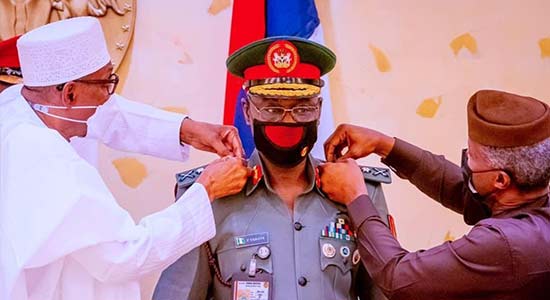 President Muhammadu Buhari has promoted Faruk Yahaya, chief of army staff, to the rank of lieutenant-general.

Yahaya was a major-general.

The decoration of the army chief took place in a short ceremony before the commencement of the federal executive council (FEC) meeting at the presidential villa in Abuja on Tuesday.

Present at the brief ceremony were some members of FEC, including Chief of Staff to the President, Professor Ibrahim Gambari; National Security Adviser (NSA), Major-General Babagana Monguno; Minister of Defense, Major-General Bashir Salihi Magashi; Chairman of the Senate Committee on Defense, Senator Ali Ndume; and wife of the Chief of Army Staff, Hajiya Salamatu Yahaya, among others.