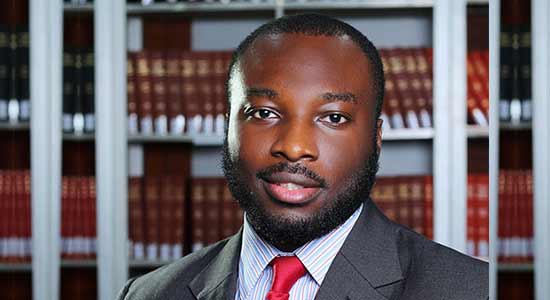 Winding up is the process that leads to the termination of the corporate life of a company. It is a legal process strictly governed by the provisions of the Companies and Allied Matters Act and the Companies Winding Up Rules. Unlike other areas of Nigerian law, the area of winding up is not one with an oversupply of reported judicial decisions interpreting the various provisions of law that govern the process. Consequently, it is noteworthy that in two recent decisions of the Court of Appeal, the court decided several novel points of law on winding up, which have advanced the frontiers of Nigerian jurisprudence in that area of company law. These two decisions are the unreported APPEAL NO. CA/L/695/2017: PARTNERSHIP SECURITIES LIMITED & 2 OTHERS V ARNOLD ONYEKWERE EKPE and APPEAL NO. CA/L/695A/2017: PARTNERSHIP SECURITIES LIMITED & 2 OTHERS V ARNOLD ONYEKWERE EKPE.

The two appeals arose from decisions of the Federal High Court (Lagos Division) in respect of a petition brought by the Respondent, Mr Ekpe, for the winding up of the three Appellant companies. The relevant facts of the appeals are that Mr Ekpe had given Partnership Securities Limited (PSL) his mandate to sell his shares in Ecobank Transnational Incorporated. Pursuant to the mandate, PSL sold Mr Ekpe’s shares and paid to him part of the proceeds of sale but not all of it. Consequently, the parties fell into a disagreement, in the midst of which PSL wrote a letter to Mr Ekpe stating, inter alia, that it had misappropriated the proceeds of sale of his shares.

In the circumstances, Mr Ekpe presented in court a petition to wind up not only PSL but also other companies affiliated with PSL with which he had no prior dealings in relation to the sale of his shares. The twin grounds of the petition were that the companies were unable to pay their debts and, in protection of public interest, it was just and equitable that the companies be wound up as they were allegedly being used as engines of fraud to defraud unsuspecting members of the public.

Together with his petition, Mr Ekpe filed an ex-parte application for the appointment of a

In reaction to being served with the court’s ex-parte order and the winding up petition, PSL and its affiliate companies filed an objection for the purpose of challenging the court’s jurisdiction to entertain the petition. This objection was refused by the court. Consequently, PSL and its affiliates appealed to the Court of Appeal against the refusal of their objection. The companies also appealed against the court’s ex-parte order appointing the provisional liquidator.

At the Court of Appeal, Mr Ekpe’s petition was struck out for being incompetent in law and some of the issues raised across both appeals by the parties included:

Within the scope of the above issues, some of the important points of law decided by the Court of Appeal are considered in the following paragraphs.

Ex-Parte Appointment of Provisional Liquidator and Order to Enter Upon Assets: On this point counsel to the Appellants, Mofesomo Tayo-Oyetibo, submitted that once an order in a winding up action would personally affect the company concerned, it cannot be made ex-parte and the company must be put on notice. In this regard, an order appointing a provisional liquidator is one that certainly affects the company. It was also submitted by the Appellants that in a winding up action, by virtue of the provisions of Rule 21(1) of the Winding Up Rules, a provisional liquidator cannot be appointed unless and until the petition has been advertised. In response, the Respondent argued that an order appointing a provisional liquidator can be made by the court ex-parte and at any stage of the proceedings after the presentation of the petition and before a winding up order is made.

In resolving the issue, the Court of Appeal held that it is only when an order will not personally affect the company concerned that it can be made ex-parte, such as an order for service by substituted means or any other order not personally directed at the company. However, the court was of the view that the first ex-parte order made by the Federal High Court appointing the provisional liquidator was “innocuous” because it did not personally affect the Appellant companies. For this reason, the court held that the order was validly made and also did not violate the companies’ constitutional rights to fair hearing under the Nigerian constitution. On the second order, the court held that it was unconstitutional and should not have been made ex-parte because the companies had a constitutional right to be heard before the Federal High Court could make an order directing the provisional liquidator to enter upon their assets. Additionally, the court held that the second ex-parte order violated the provisions of Rule 4 of the WUR, which provides that every application seeking an order against a person, apart from a petition, shall be on notice to the person.

In terms of when the court can exercise its power to appoint a provisional liquidator, the Court of Appeal observed that Rule 21(1) of the Winding Up Rules (WUR) appears to be in conflict with section 422(2) of the Companies and Allied Matters Act (now section 585(2)). This is because although the WUR provides that advertisement is a condition precedent to the appointment of a provisional liquidator, the CAMA has no such condition. In the circumstances, the court held that the CAMA, being the substantive law on the subject, must prevail over the WUR, by reason of which it is not necessary for a winding up petition to have been advertised before the court can order the appointment of a provisional liquidator.

Jurisdiction To Entertain Petition Alleging Fraudulent Conversion: Due to the fact that the winding up petition was presented on the basis of PSL’s letter that it had allegedly misappropriated the proceeds of sale of Mr Ekpe’s shares, the court considered the question of whether a winding up petition can be based on a predicate ground that amounts to a criminal offence, without prior proof of the criminal allegation. In this regard, the court held that a petition based on allegations of misappropriation and or fraudulent conversion of funds is not one cognisable under the CAMA and unless and until such allegations are proved beyond reasonable doubt, as required by law, the court cannot entertain such a petition. Essentially, the court lacks jurisdiction to determine a winding up petition predicated on an unproved criminal allegation.

Winding Up On The Just and Equitable Ground: The court considered the question of whether, as he had done, Mr Ekpe was entitled to present a creditor’s winding up petition on the ground that it was just and equitable to do so on the basis that it was necessary to protect public interest. On this issue, the court held that Mr Ekpe was not entitled to do so because, under the CAMA, it is only the Corporate Affairs Commission that is statutorily empowered pursue winding up on that basis.

Winding Up Multiple Companies On A Single Petition: The Federal High Court had held that, based on the provisions of the Interpretation Act that state that singular words used in a statute include plural and vice versa, it was permissible for Mr Ekpe to present one winding up petition to wind up multiple companies. Both at the Federal High Court and on appeal, the Appellants argued that the court lacked jurisdiction to entertain a petition to wind up more than one company because the unique procedure for winding up is not designed for joint winding up of companies.

In resolving this issue, the court held that the aforesaid provisions of the Interpretation Act are inapplicable in this regard, by reason of which a petition seeking the winding up of more than one company is invalid and incompetent because the law does not make provision for joint winding up of multiple companies. A winding up petition can only be presented in relation to one company.

Severance of Petition: At the Federal High Court, the court had curiously severed the petition against all the Appellants and transferred the petition as against one of them to the court’s Benin Division. The court did so, purportedly to save the petition, because it agreed with counsel to the companies that it lacked jurisdiction against the company that had its registered address outside the court’s winding up jurisdiction, which is geographically circumscribed by the CAMA. The Court of Appeal held that this curious procedure adopted by the Federal High Court was impermissible in law because, although that court has statutory power to wholly transfer a matter between its judicial divisions, it has no such power to sever one petition against multiple companies and transfer a part thereof to another division.

The Court of Appeal’s decision that because, such an order does not affect the company, it is permissible in law under the constitution and WUR for a petitioner in a petition for winding up to obtain an ex-parte order appointing a provisional liquidator will certainly raise eyebrows and require a second look. This is particularly in view of the significant legal consequences that follow the appointment of a provisional liquidator, including the powers available to the liquidator and also the Supreme Court’s decision in ECOBANK V. HONEYWELL FLOUR MILLS PLC (2018) LPELR-45124 (SC) where the court held that:

“To my mind, the grant of interim order of injunction by the Lower Court particularly orders No (1) and No (3) (whether varied or not) without any notice to the Appellant  thereby affording it the opportunity to be heard on a matter that seeks to paralyze and immobilize a functional and ongoing corporate organization, is an exercise of discretion too extreme and injudicious to be allowed to subsist given the negative socioeconomic impact it will have not only on the Appellant but also on its employees and society at large, such a scenario no doubt demands that application on notice must be the only plausible option to enable the Appellant react and present its own side of the story before the Court will decide which way the pendulum of discretion will swing.” I agree. May I add that even if there was no Rule 4 of the Winding Up

Rules prohibiting the grant of ex – parte orders against parties without being put on notice, a Court to which such order is sought ought to be discrete and reserved in granting such farreaching orders. The economic and social implication which such an order will have is enormous. Apart from the sudden collapse of the business, many families depending on the company for their livelihood may dislocate. Courts are not agents of destruction and as such we must resist at all times any attempt to be used for destruction or vendetta. The Court must hear both parties before making up its mind to grant such orders. It must not be done ex – parte particularly where injunctive reliefs are sought.”

Notwithstanding this, there is no doubt that the novelty of the issues considered and determined in the decisions of the Court of Appeal in the PSL v EKPE appeals have added significant colour to Nigeria’s company law jurisprudence and are quite useful in the advancement of the law in that regard.