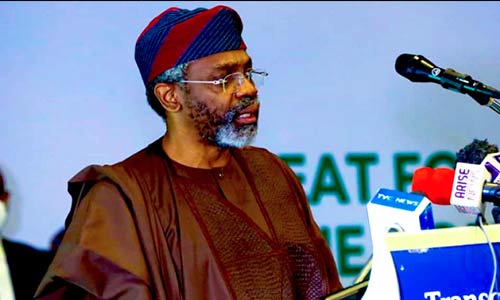 The Speaker of the House of Representatives, Mr Femi Gbajabiamila, on Monday said he would not be a party to any bill that sought to gag media practitioners.

Gbajabiamila made the assertion at an award ceremony tagged ’’Recognising Good Governance and Legislative Excellence in the Face of Adversity,” in Abuja.

The speaker was reacting to calls by some stakeholders to expunge the Press Council Bill which sought to regulate activities of media practitioners.

“However, there is press freedom and there is freedom of expression; it is important for Nigerians to listen to one another and understand each other so that we can make progress as a nation.

“That is made abundantly clear in the Constitution itself. If you go to section 45, it states the freedom of expression you have is limited for sake of security, it is written in black and white.

Gbajabiamila, however, said he was worried because whenever the National Assembly tried to make laws with the best of intentions, everybody descended on the parliament even without asking questions.

The speaker said he had directed proponent of the Press Council Bill to engage stakeholders and resolve grey areas, but the report he got was that they wanted the bill thrown out completely.

He said NGOs, religious bodies, social media and professors in the universities did not want to be regulated, saying that everybody just wanted to have a free range.

Gbajabiamila said that people wanted good governance, but do not want to be regulated, stressing that regulation was a key component of good governance.

“Especially an institution that is meant to be the fourth Estate of the Realm, whose utterances or writing can make or break even a government,’’ he said.

The speaker said that if the key sector refused to be regulated, there may be crisis, saying that as a result of media content, marriages have broken, businesses destroyed, countries ruined.

Earlier, the Chairman, Nigerian Union of Journalists, FCT branch, Mr Emmanuel Ogbeche, said that gagging the media might not augur well for the nation’s democracy.

He said that all Nigerians were beneficiaries of the struggles against dictatorship in the country.

According to him, when politicians fled, the journalists had nowhere to run so they stayed back, went underground to brave the odds.

“Media houses were closed, some of us paid the supreme price so that democracy can thrive.

“If we survive dictators in the past, I persuade that we will survive every attempt to stifle or repress to gag and to place a stranglehold on the constitutional guarantee of freedom of the press and expression in this country,” he said.