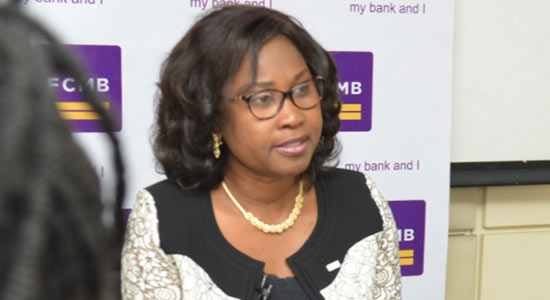 The Board of Directors of First City Monument Bank (FCMB) Group Plc has announced the end of service of Adam Nuru as the Managing Director of FCMB Limited.

The board thanked Nuru for his years of dedicated service and wished him all the best in his future endeavors.

It subsequently announced the appointment of Yemisi Edun as the new Managing Director of the bank.

Before her appointment, the new MD, Edun, was the bank’s Executive Director/Chief Financial Officer and previously served as the acting MD.

FCMB board was silent on its findings on the unethical conduct against the former MD, Nuru.

Recall Nuru was in December 2020 enmeshed in a marriage scandal with Moyo Thomas, one of the bank’s former female staff members.

Tunde Thomas, the woman’s husband , had died on December 16, reportedly from depression and cardiac arrest.

Thomas reportedly died of depression after realizing that the bank MD allegedly fathered his two children.

However, the bank, in a statement on January 1, 2021, said it was aware of the allegations making the rounds against Nuru.

FCMB Group Head, Corporate Affairs, Diran Olojo, said the bank’s Board of Directors had already commenced a review into the matter, adding that its findings would be disclosed in due course.

“While this is a personal matter, the tragedy of the death of Mr Tunde Thomas and the allegations of unethical conduct require the bank’s board to conduct a review of what transpired, any violations of our code of ethics and the adequacy of this code of ethics.

“This is already underway. During the period of the review, the managing director has volunteered to proceed on leave. This will guarantee the sanctity of the review process.”