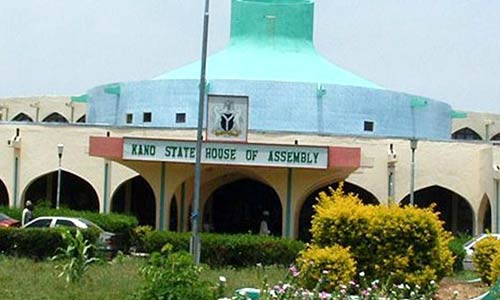 The sitting of the ad-hoc committee of Kano State House of Assembly investigating the suspended chairman of the state Public Complaints and Anti-Corruption Commission, Muhuyi Magaji-Rimigado, has been postponed until further notice.

The postponement, according to the secretary of the committee and Deputy Director, Legal Services, Kano State House of Assembly, Abdullahi Bature, was due to a letter forwarded to the House by counsel to Magaji-Rimigado stating ill health and request for some documents.

‘’We were served a letter by the lawyers of the suspended chairman of the commission stating that he is ill, attending to his health in Abuja and demanded for some documents which we would oblige them,’’ he said.

When asked on the next date of the sitting, he said that would be communicated to Magaji-Rimigado’s counsel at a later date.

Speaking to newsmen, the suspended chairman’s lawyer, Usman Fari, said that his client was attending to his health in Abuja, and that he had forwarded his hospital documents from the National Hospital Abuja to the lawmakers.

He said that apart from the health issue, they also needed the House to provide them with a certified true copy of the petition against Muhuyi Magaji-Rimingado.

“Since he was suspended by the House on July 5th, 2021, there was no single letter, nor a copy of the allegations levelled against him.

“The only document sent to him was the invitation letter dated July 12th. Hence, he needs to be informed of the allegations against him,’’ Fari said.

He added that the request was in line with the basic principles of fair hearing and fair trial as enshrined in the Constitution of the Federal Republic of Nigeria, which frowns at “trial by ambush.”

‘’Our client is very willing and ready to honour the House invitation; however, he must be obliged adequate time in line with medical advice of his physicians,” Fari said.