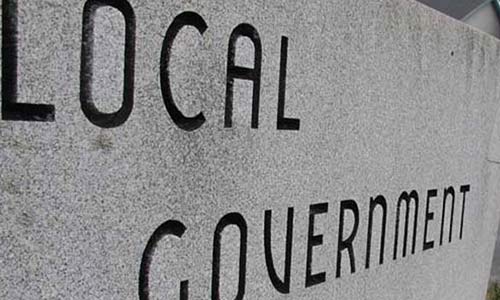 The Association of Local Governments of Nigeria (ALGON) has disclosed that it would end multiple taxation of goods and services as well as illegal roadblocks across the country.

The association disclosed this in a communiqué signed by its National Publicity Secretary, Mr Solomon Onah, and issued in Abuja on Wednesday, after its National Executives Council (NEC) meeting held in Enugu.

The association said it was taking the initiative in conjunction with the National Anti-Multiple Taxation Scheme (NAMTAXS) and the National Transit Insurance Scheme (NATIS).

The initiative, according to the communique, would optimally address food security challenges, reduce cost of goods and curb inflation in the country.

“This will also strengthen the Internally Generated Revenue (IGR) of the local governments and area councils in collaboration with the Federal and state governments and other stakeholders.

“NEC is happy that the projects will seek to assemble all the road users and capture them into its tax net.

“NEC has equally set up a five-man committee to properly harmonize all modalities for their take-off and report back in two weeks for implementation,” the communiqué stated.

The communique said NEC had also directed the contractor handling its Comprehensive Primary Healthcare Centres to move back to site within a week and ensure he delivered additional 300 PHCs to it on or before the end of August, 2021.

“On the issue of the ALGON’s comprehensive primary healthcare centres, the NEC expressed its dissatisfaction and displeasure with the contractor over the limited and poor number of the centres executed across the country.

“NEC directed that the contractor, Messrs Mathan Nigeria Limited, to move back to site within one week and that additional 300 PHCs should be completed, fully equipped and delivered to ALGON on or before the end of August, 2021.

“NEC equally reiterated that it will not hesitate to take necessary steps to enforce compliance by the contractor,” the communique said.

The NEC appreciated all its representatives at the submission of its memoranda at the zonal public hearings of the Senate and the Federal House of Representatives on the 1999 Constitution amendment.

It expressed the hope that favourable considerations would be given to the issues raised and also urged its members to continually engage members of the States and National Assemblies on the issues that included, a uniform four year tenure for all local government chairmen in council and conduct of local government elections, as at when due.

Others were increase in Federation Account Allocation to Local Governments to 35.5 per cent, as well as abrogation of state and local government joint account, in addition to its support for state police, to curtail the rising security challenges in the country.

“On the sustainable paradigm shift to develop the capacity of members and collaborate with local and international agencies, NEC has approved continuous engagement with key stakeholders”, the communique said.

NEC also passed a vote of confidence on the ALGON National President, Hon Kolade Alabi, for his inclusive leadership, it added. (NAN)