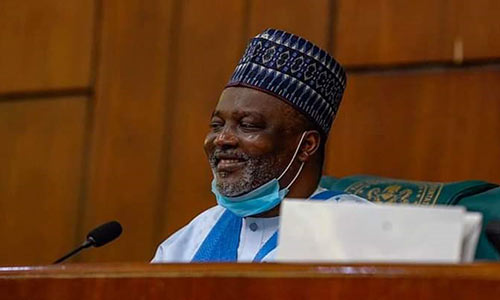 The last may not have been heard about the recently passed Petroleum Industry Bill (PIB) and the Electoral Act as the Deputy Speaker, House of Representatives, Hon Idris Ahmed Wase, who presided over the consideration of the two bills for passage has reportedly commended  Northern members of the House for protecting and promoting the interest of the North in the eventual passage of the bills despite stiff oppositions from their counterparts from the South, According to Nigerian Tribune report.

According to sources close to the Northern lawmakers, the congratulatory message was sent on behalf of Hon Wase by his chief of staff, Aminu Malle to the Northern caucus through their WhatsApp group at the weekend.

Investigation revealed that in the recently passed PIB, Northern Nigeria’s quest for oil received a huge boost as Section 9 of the bill states that at least 30 per cent of the profit generated by the proposed Nigerian National Petroleum Company Limited will go to the exploration of oil in ‘frontier basins,’ which are mostly Northern states.

However, the demand by oil-producing communities in the South for five per cent of the profit of oil firms was cut down to three per cent.

Similarly, in the Electoral Act, lawmakers from the Northern states also kicked against the compulsory electronic transmission of results by the Independent National Electoral Commission, arguing that many Northern states have weak internet penetration.

It was gathered that it had been argued in quarters that electronic transmission of results would reduce incidents of rigging.

However, in the message circulated by Hon Wase’s chief of staff, the Northern lawmakers were praised for protecting the interest of the North and showing unity.

The message reads, “On behalf of the Deputy Speaker Rt. Hon. Ahmed Idris Wase and the Northern caucus leader Hon Musa Sarki Adar, I am directed to write and formally congratulate and appreciate all the Northern caucuses for standing firm through their wisdom and strength to ensure the Northern interest in both PIB and Electoral Act is adequately placed in a position of advantage

“There is no doubt a house united will forever get whatever it wants, giving [sic] the advantage we have in size. May God Almighty continue to unite and bind us stronger. May He bless and reward us all abundantly. Remain blessed and wish you the best holidays and Sallah celebrations. Thank you all.”

The 17 Southern governors had met recently and insisted that the electronic transmission of results must stand. They also kicked against the allocation of 30 per cent of NNPC’s profits to oil exploration.

Frantic efforts made by Sunday Tribune to speak with the Hon Wade’s Chief of staff, Aminu Malle over the matter proved abortive while the spokesman for the Deputy Speaker, Alhaji Umar Puma, denied the knowledge of the congratulatory message to the Northern lawmakers being circulated in the media.

However, a ranking member of the Green Chamber from the  Southern Zone of the country confirmed the receipt of the WhatsApp message with the Sunday Tribune, saying he got it from one of his colleagues from the North Central Zone on Friday night.