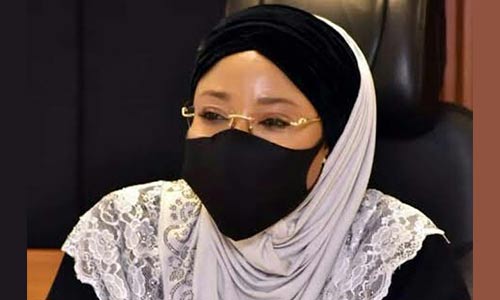 Speaking when she launched the community sensitisation on cholera and other disease outbreaks at the palace of Mohammed Bello Umar, Agora of Zuba on Saturday, she expressed concern over the rising cases of cholera.

According to Daily Trust, she said the FCT recorded the suspected cases and deaths along with nine positive cases for cholera on rapid diagnostic test from May 2021.

Aliyu said more than 120 communities across the six area councils are involved — with AMAC having the highest number of cases followed by Gwagwalada and Bwari area councils.

She called for good personal hygiene as well as proper disposal of sewage and refuse, good hand washing practices and consumption of safe water, which she said is a means of curbing further spread of the disease in the territory.

Some states across the country have in recent times been battling cholera outbreak.

Chikwe Ihekweazu, director-general of the Nigeria Centre for Disease Control (NCDC), had said six states reported 1,786 suspected cases of cholera between June 20 and 26.

In Bauchi, one of the worst hit states, the house of assembly had expressed concern over the surge in cholera infections across the state.

The lawmakers had raised the alarm that ailment is “spreading like wildfire” across the 20 local government areas of the state and called on the state government to enforce measures to curtail the spread of the infection.