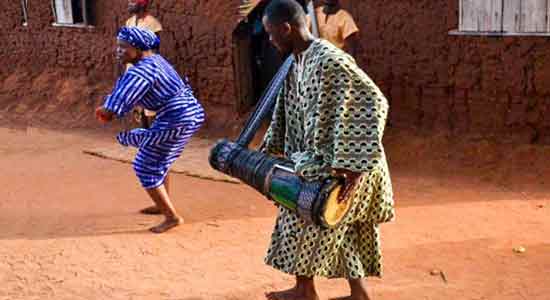 In a unanimous decision it was also ruled that BATA dance and music is the true Yoruba custom and heritage and its applicable reality is not limited to persons living in Yoruba lands in Nigeria which means that wherever Bata dance or music is identified, the Yoruba heritage, history, and connecting elements cannot be denied.

In a ruling delivered by His Honour, Ehusani Abel Simpa, in the case of incorporated Trustees of Intellectual Property Lawyers Association of Nigerian  and Black Bones Theater Kompany, it was held that from the witnesses’ evidence it shows that SALSA was drawn out like a limbo from BALA.

“The title which the Yoruba tribe has over Bata music and dance is undeniably indefatigable. This is why interest in the recognition of the fact that Salsa finds its roots in Bata is in issue here, dance and sound being the currency of exchange both historically and in contemporary days.”

In response to the question of whether the drums being used in Salsa do communicate in the same manner as those used in Bata, the court ruled that the assertions by the PW1 that Salsa is like a finger being taken off from the Bata and so it cannot be as effective and authentic are meritorious.

“This court is convinced that certainly a case for the grant of the prayers in this suit has been magnificently made out. This court has it on good authority as established by judicial precedent that he who asserts must prove. Now the cogent and credible evidence presented to support the assertions in this suit is strong and uncontroverted. They are acceptable.  The application herein therefore succeeds.

“What crystallized from the evidence presented before this court is that Bata Music and Dance is truly the origin of salsa and I so hold. The reliefs sought are granted and the court hereby declares that Bata dance is a medium for the communication of the culture, beliefs, religion, and history of the Yoruba people of southwest Nigeria.

“Bata dance and its attendant ceremonies are traditional cultural expressions of the Yoruba people of southwest Nigeria.

“The movements choreograph, instruments, performances, and costume of Bata dance of Yoruba people of southwest Nigeria are the root source of Salsa.

“Bata dance and its attendant ceremonies are the Intellectual property and ancient heritage of the Yoruba people of southwest Nigeria,” His Honour Ehusani Simpa, held.

His Honour Akinfirsoye. A Tosin, in his decision stated that Bata Dance is the root source of Salsa and that Salsa is an adulteration of Bata dance. He also said that all evidence before the court tilts more to the side of Bata.

“The Respondent under cross-examination only helped the court even more at arriving at this declaration as all their cross-examinations only corroborated the evidence of the witnesses and gave more explanation and clarity.

“The dance steps, movement, etc are the same as Bata dance. Bata came into being before Salsa,” he stated.

“There is no ritual of any kind but just a dance to entertain and preserve the tradition and cultural identity of the Yoruba people of southwest Nigeria which has migrated into some other cultures because the world today is a global village and it should therefore be encouraged so as to preserve it to generation next as a mode of their identity.

“It is my firm position that Bata does not have a place side by side to Salsa before it can be declared good for practice, it is original and not counterfeit. To do so is to make it a counterfeit of itself”, he noted.