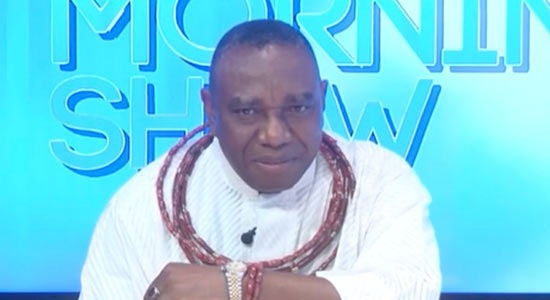 *As Oba of Benin, Edo Govt And FG all battle over possession of the artefacts

A Benin Chief and Senior Advocate of Nigeria, Charles Uwensuyi-Edosomwan (SAN), has said that there is no dispute over ownership of about 1,130 Benin artefacts set to be returned to Nigeria from Germany.

The artefacts were stolen from Nigeria during the colonial era, from as far back as 1897.

In an interview with the Arise TV Morning Show, Edosomwan said the negotiation for the return of the artefacts is done between Nigeria and Germany as sovereign states.

“The return of these artefacts are been transacted on sovereign negotiations by countries. That being so, it becomes an international transaction that can only be carried out on behalf of any Nigerian or Nigeria itself by the Federal Government.” Edosomwan said

He explained that the fight for the Benin artefacts did not start today. He said Oba Erediauwa gave a serious fight for the return of these artefacts and even his father, Oba Akenzua fought for same.

He said is an ongoing fight. That His Royal Majesty, Oba Ewuare II, while serving as an ambassador in Europe fought for the return of these artefacts throughout his stay there. He said what Benin’s do not want is leaving it possession of people who “have no connection with these things” emotionally, spiritually or even ethnically.

On the proposal by Benin to build a place for the artefacts, Edosowan said it doesn’t mean that the Oba cannot keep them for now. That the Oba is ever ready. That besides, land has already been set aside for the building. He conceded however that the help of the Edo governor may be needed in erecting the building.

The Benin Palace and the Edo State government have been at loggerheads over where the artefacts will be housed.

While the palace wants the artefacts kept in the Benin Royal Museum, which will be built within the palace, the state government wants the items preserved in the proposed Edo Museum of West African Arts (EMOWAA).

The Federal Government too has said that it is the rightful entity to take possession of 1,130 stolen Benin artefacts and others due to being returned to Nigeria.

The position of the Federal Government was disclosed on July 17by the Minister of Information and Culture, Alhaji Lai Mohammed at a press conference in Lagos. The minister said the return of the artefacts is being negotiated bilaterally between the national governments of Nigeria and Germany, saying Nigeria is the entity recognised by international law as the authority in control of antiquities originating from Nigeria.